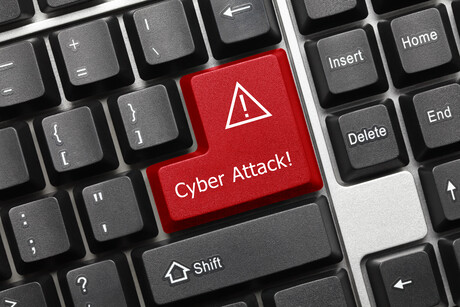 Meat producer JBS has announced “significant progress” in resolving the cyber attack that has impacted its Australian and North American operations.

This follows the Colonial Pipeline ransomware attack last month, where the company had to take certain systems offline to contain the threat.

Andre Nogueira, JBS USA CEO, said, “Our systems are coming back online and we are not sparing any resources to fight this threat. We have cybersecurity plans in place to address these types of issues and we are successfully executing those plans. Given the progress our IT professionals and plant teams have made in the last 24 hours, the vast majority of our beef, pork, poultry and prepared foods plants will be operational tomorrow.”

The meat producer said it has “received strong support from the US, Australian and Canadian governments, conducting daily calls with officials in an effort to safeguard the food supply”. JBS is not aware of any evidence at this time that any customer, supplier or employee data has been compromised.

White House principal deputy press secretary Karine Jean-Pierre said during a press gaggle that JBS notified the administration that the ransom demand came from a criminal organisation likely based in Russia.

“The White House is engaging directly with the Russian government on this matter and delivering the message that responsible states do not harbour ransomware criminals. The FBI is investigating the incident and CISA is coordinating with the FBI to offer technical support to the company in recovering from the ransomware attack.

“Combating ransomware is a priority for the administration. President Biden has already launched a rapid strategic review to address the increased threat of ransomware to include four lines of effort: one, distribution of ransomware infrastructure and actors working closely with the private sector; two, building an international coalition to hold countries who harbour ransom actors accountable; expanding cryptocurrency analysis to find and pursue criminal transaction; and reviewing the USG’s ransomware policies.”

Commenting on the incident, Dick Bussiere, Technical Director for APAC at Tenable, said these attacks on critical infrastructure have society-wide implications and that organisations cannot afford to shut down entire operations every time a cyber attack occurs.

“The cyber attack on JBS Foods underscores the susceptibility of critical infrastructure to cybersecurity vulnerabilities, threats and potential outages. It also highlights how attractive these industries have become to cybercriminals as more IT and OT systems converge,” said Bussiere.

“If the recent attack on Colonial Pipeline has taught us anything, it’s that cyber attacks on critical infrastructure don’t only impact the organisation but have society-wide implications that cascade into the geographies and supply chains where the organisation operates. Organisations cannot afford to shut down entire operations every time a cyber attack occurs. Instead, OT cybersecurity needs to be recognised as a core ingredient to gain visibility, security and control over critical infrastructure environments in Australia and the rest of the world,” he said.

Jonathan Jackson, Director of Engineering APJ at BlackBerry, echoed similar thoughts. “It doesn’t matter whether it’s logistics, fuel or food — these critical supply chains present unique and complex challenges from a cybersecurity perspective. Indeed, the Australian Government is taking this vulnerability seriously with new legislation and $42.4 million of the 2021–22 federal Budget allocated to improving the security of critical infrastructure.

“These attacks should be a wake-up call for supply chain security — and should prompt us to consider a prevention-first and AI-driven approach to cybersecurity. A prevention-first security posture begins with neutralising malware prior to the exploitation stage of the kill-chain. By stopping malware at the exploitation stage, organisations increase their resilience, reduce infrastructure complexity and streamline security management to ensure business, people and endpoints are secure.”

Research into the attack surfaces of 1500 major companies found that the average corporate...

Mobile phones the focal point of cybersecurity for 90% of CISOs

A survey has revealed that the emergence of remote work has shifted CISO priorities from...

Industry experts have urged organisations to boost their cyber resilience policies, after an...