Where is RPA headed in the near future? 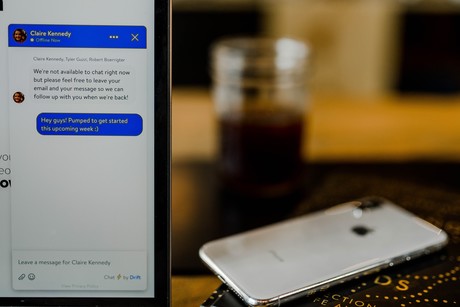 A significant number of major technical, scientific, medical and even sociological or philosophical innovations find themselves misunderstood early on in their existences, earning broad acceptance only years — sometimes decades — later. History abounds with examples of this phenomenon, all the way back to Socrates, and continuing from Nicolaus Copernicus and Galileo Galilei to Charles Darwin and the Scopes trial. Stem cell research during the past 20 years has faced a somewhat similar quandary, though there has also been some room for a middle ground.

In tech, the two cutting-edge concepts creating some of the most controversy are artificial intelligence and robotic process automation (as well as the more general concept of automation). Workers can sometimes believe methods of automation have the potential to invalidate their jobs, especially in fields like manufacturing. On the other end of the spectrum, businesses have been initially sceptical regarding the potential costs and uncertainties surrounding AI and RPA for business process improvement.

As is so often the case, the truth of the matter is somewhere in between those two extremes. Let’s take a closer look at the current status and value of RPA and where it could end up going in the future:

The RPA market at a glance

Though it’s only been a major presence for the past several years — since the mid-2010s — RPA has already made a significant impact, and earned no small amount of revenue for those devising the platforms driving it. According to a report from ResearchandMarkets, the RPA market’s value will exceed $7 billion by 2024, riding the strength of a 27% compound annual growth rate that began in 2013 and will continue until at least 2023. Researchers’ opinions vary on the current valuation of the RPA sector, with estimates ranging from approximately $350 to $540 million as of 2017’s end, but regardless of specifics, a jump to $7 billion from barely half a billion would constitute a massive increase.

“Most of the major vendors in the global robotic process automation market are actively focused on enhancing their offerings to meet the ongoing demand for advanced business automation solutions,” the report’s authors stated. “This includes software integrated with artificial intelligence and cognitive learning.”

In a projection of the industry’s future, Gartner suggested that within two years, nearly 90% of corporate controllers at large companies will either be using RPA on its full scale or have begun to roll it out throughout their organisations. It doesn’t take much of a leap of logic to reasonably figure that this tool will be applied to many other administrative functions in the not-too-distant future.

It would be disingenuous to say that automation won’t lead to a certain amount of staff cuts in a variety of businesses. There have already been enough workforce reductions to give at least some credence to that idea. However, it is equally hyperbolic to say that any type of automation — RPA or otherwise — is going to eradicate any critically large share of human jobs around the world any time soon. According to Forbes, while RPA chat- and phone-based bots may handle a notable range of basic customer support functions, for example, the personnel who used to handle them will likely not be laid off but instead reassigned to more complex customer-facing service operations. They’ll be more challenged by higher-level work.

No new technology has a perfect initial rollout, and RPA implementations have certainly seen their share of challenges. RPA adoption is largely more recent in the public sector compared to the private sector, and this has led to some issues. Such issues may not be quite as common in the private sector, where RPA has been in use for more businesses over a longer stretch of time.