The downsides of extending the life of your servers 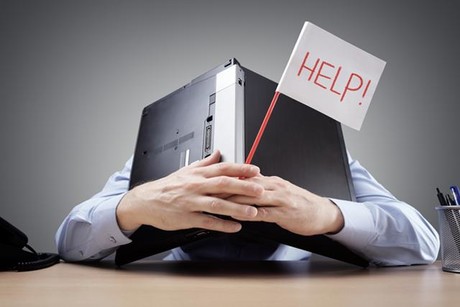 Holding onto your old servers because you’re delaying a decision on cloud, or because you’re trying to save on capital spend? It might sound prudent, but you might be making a costly mistake.

That’s according to Kon Kakanis, managing director of managed IT services company Sundata. While organisations would previously refresh their servers every three years, Kakanis told Technology Decisions, it has become typical for organisations to wait five or six years between refreshes. Some organisations even push this to seven years.

A common reason for such extension is that people are buying time to allow them to make a decision about moving to the cloud, Kakanis said. “What we’ve seen is people trying to decide what the right pathway is in terms of what mix of cloud and on-premise they deploy. And while people are considering those things, or doing proof of concepts, or trying to validate whether the cloud option’s a reasonable one, the annual bills come around for warranty for the server or storage infrastructure.”

Traditionally when these annual bills turned up, people would look at the coming three years and compare the cost of maintaining their existing kit over that period to doing a refresh. But nowadays, with these cloud decisions hanging over their head, when the bills arrive people are choosing to hold onto their kit for another 12 months on the basis that they’ll make a decision about cloud in that time, Kakanis said.

“Obviously a Band-Aid is going to look cheaper if you just look at it for one year. But on the other side these decisions can often be deferred or delayed or forgotten about, and the next thing you know you’ve done three years’ worth of Band-Aids and you would have had better performance and more reliability, at a lower cost, if you’d looked at it as a three-year option at the start,” he said.

Some habits that developed in the corporate world in recent years also contribute to these decisions to hold onto kit, Kakanis said. “After the GFC, people started getting very, very thingy about preserving capital. And that sort of evolved into this idea that it’s better to spend expense money than it is to spend capital money or balance sheet money.”

As such, people are more inclined to adopt a 12-month extension on a maintenance contract (which involves expense money) rather than replacing physical infrastructure (ie. capital money), Kakanis said. When this sort of thinking combines with looming choices about cloud, “year-on-year decisions get made and we end up with six-year-old servers, SANs, routers and switches”.

And while it may seem in these cases that you’re saving money by getting six or seven years out of a piece of kit that was expected to last just three, Kakanis reckons that if you look at what this long-term maintenance is actually costing you, “you’re probably spending more money than if you’d refreshed the infrastructure”.

The Sundata MD explained that once your equipment’s three-year warranty runs out, you effectively move onto a break/fix contract — and each successive year of such a contract is significantly more costly than the last, because the manufacturer has to hold parts that are now out of date. “Those three years’ worth of warranty or maintenance costs, for years four, five and six [of the equipment’s life], is typically more than it costs to buy a new server.”

A variety of other issues arise with using old equipment. For example, an old server’s operating systems may not be compatible with the rest of your kit, meaning disaster recovery can become very challenging. Or you may find that your ageing server’s software has passed the vendor’s end-of-support date, meaning they no longer provide patches for it.

And if you do have an outage — say, if some malware exploits an unpatched vulnerability in your ageing server’s unsupported OS and that server goes down — then the cost to the business may be “orders of magnitude greater than what the replacement cost would have been”, Kakanis said.

“I’m not suggesting that people toss out everything when it gets to the end of three years,” he said. A year of tactical delay while the organisation decides on the cloud question can be prudent, Kakanis said, “but if you do that three or four years in a row, you’ve ended up in a situation where you’ve burned money. It’s about doing a risk assessment that’s beyond the current year.”

This and other considerations are the topic of a comprehensive IDC white paper, ‘The Cost of Retaining Ageing IT Infrastructure’, which delves into further detail on why a buy-and-hold strategy isn’t effective in times of sharp budget challenges and how companies can reduce their operational expenses by refreshing their servers.

For those trying to decide between doing an on-premise refresh and moving to some sort of public or hybrid cloud environment, Kakanis suggested that it’s necessary to take a long-term view of the issue. “If you’re looking at this from just from the perspective of this year’s budget, you’re probably always going to default to just another year’s Band-Aid.”

But if your business can look at the issue with a three-year outlook, and a three-year projection of costs, “then you get a far more realistic comparison between Option A, which is Band-Aiding; Option B, which is on-site refresh; and Option C, which is some sort of cloud solution.”

The Sundata MD also stressed that if you’re deciding between cloud and on-premise, you should take extra effort to validate the price points and service levels of the available cloud options. “When you’re on that cloud crossroad, it’s almost a project in itself to get enough information to make a decision. The decision won’t become apparent to you just because you’re thinking about the cloud,” he said.

Kakanis added that he typically asks clients who are deciding between on-premise and cloud the following questions, and provides them with the accompanying advice. “After they’ve answered those questions, it usually becomes pretty apparent which is the right solution.”

1. Are your requirements likely to scale up or down at short notice?

“Cloud environments allow for extra capacity to be deployed or turned off, with short notice and (sometimes) without penalty,” Kakanis explained. On-premise deployments, on the other hand, require that the maximum possible capacity be present at all times, even when that capacity is not being fully used, he said. If flexibility at short notice is required, cloud environments may be a better match than on-premise.

2. Would you benefit from getting your physical systems out of your office?

When using an offsite, cloud-based environment, you don’t need to house as much kit on your own premises, Kakanis explained. “The only equipment on-site would be communications related, plus individual desktops, laptops and printers.” Moving to the cloud would mean freeing up the floor space you previously devoted to your hardware, he said. If you have something to gain from freeing up the physical office space that your servers currently occupy, then the cloud might be a more appropriate option.

3. Does your organisation have a preference when it comes to capital or operational expenditure?

“Cloud deployments utilise a subscription billing model and therefore have no effect on the balance sheet,” Kakanis said. “In addition, the cost of refreshes is eliminated as it is up to the cloud provider to ensure it has the capacity and performance to meet the client’s needs.”

Conversely, on-premise systems require capital to be allocated or financed and also require that equipment refreshes be budgeted for ahead of time, he said. As such, if your organisation would prefer your spending to be operational, then the cloud might be a better fit. On the other hand, if upfront costs are more appropriate, an on-premise solution may be a better match.

4. Are you looking to reduce the business-as-usual housekeeping associated with running your IT?

“Managing your own IT requires deployment of finite resources on a range of tasks, including the basics of systems management,” Kakanis said. Using managed services can allow you to take your IT staff away from managing infrastructure, and redeploy them on tasks more important to your core business, he said.