The power of hyperconvergence 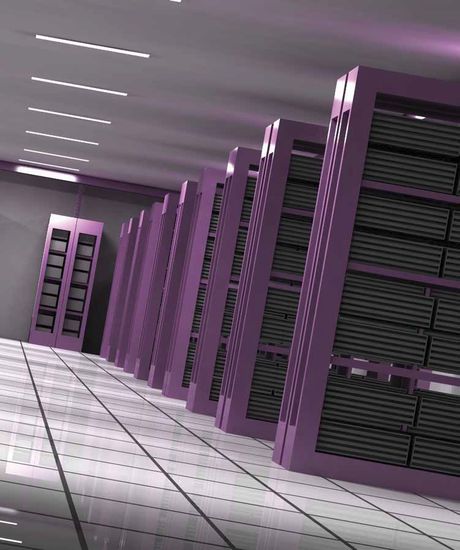 To make the most of the promise of hyperconverged infrastructure, it is imperative that a comprehensive power management design be implemented.

Hyperconverged infrastructure, with its use of commodity hardware, offers many benefits when compared with traditional server-based legacy data centre infrastructure. An obvious one is that resources are shared by all applications, providing the ability to reallocate resources to other parts of the system that are experiencing peak loads.

But economics is probably the primary reason that so many companies are turning to hyperconvergence. It’s estimated that, under a legacy system, for every dollar spent on capital expenditure, four dollars is spent on operational expenditure. This is reduced in a hyperconvergent system by combining the disparate technologies into a single, virtual system, thus reducing the need for dedicated staff and a reduction in the amount of time spent on maintenance.

It is important to recognise, however, that — in common with any architecture — hyperconvergence has its own set of considerations. For instance, given that this is a relatively new field, it is important to weigh up the pros and cons of relying on a single vendor platform. New start-ups in this emerging sector are not necessarily stable and could represent a single point of failure.

The hypervisor can impose some limitations of its own, such as the number of nodes per cluster, the amount of memory available and the number of virtual machines. Upgrading to a hyperconvergent architecture does not remove these limitations and it may be necessary to implement multiple clusters to overcome them.

At its core, a hyperconvergent system is designed to manage virtual machines along with the storage and networking capabilities that they require. This means that hyperconvergence is fundamentally unsuited to any application that is required to run on a physical machine.

Power management is a crucial part of any data centre regardless of the type of infrastructure. Failure to have a comprehensive power strategy can lead to a ‘manageability gap’, defined as the difference between “the potential offered by converged and hyperconverged infrastructures and the benefits they actually deliver”.

Hyperconvergent architectures have special power challenges. Firstly, such systems are designed to be flexible, which means that power infrastructure has to be similarly flexible. Advanced rack power distribution units provide this flexibility.

Secondly, power must be redundant. While not an exclusive concern of hyperconvergent architecture, it is important that some form of uninterrupted power supply is included in the system. There is a wide range of capacities and features available, and the nature of the system should be considered when choosing one or more technologies.

Thirdly, monitoring must be performed in order to manage the system’s flexibility, and to get the most out of the redundant power supplies. Three areas have to be monitored — hardware, power and the environment. If a fault is detected in any section, the appropriate actions must be taken to move the virtual machines (VMs) and power-off the equipment.

Finally, power management infrastructure should be integrated with the software that controls the hyperconvergent system. This improves administration of the system and, when coupled with appropriate UPSs, means that when power is interrupted the VMs can be passed to another node.

Power distribution units should provide environmental monitoring for phase and section metering, outlet level power consumption (V, W, A and kWh) and power usage effectiveness. These metrics enable the administrator to make intelligent decisions to flexibly tailor available power to meet the changing demands of a hyperconvergent system. In addition to load management, a ‘managed’ model enables an administrator to remotely configure power distribution to individual outlets and groups.

As an example, power management specialist Eaton supplies an Intelligent Power Manager that brings all the elements of the power management infrastructure together. It interfaces with the power distribution units to: a) provide snapshots of monitoring data, and b) enable remote configuration. The system is compatible with the wide range of UPSs and integrates with a variety of VM management programs, to which it can signal to move VMs in the event of power failure.

Two high-profile suppliers of hyperconvergence services are Simplivity and Nutanix.

At the centre of Simplivity’s architecture are its OmniCube and OmniStack technologies, most notably the OmniStack Accelerator Card, which offloads the processing required for data optimisation.

According to a Simplivity customer survey, after migrating to its technology, time spent on innovation increased from 16% to 29% and expenditure on new projects from 43% to 57%, overtaking that spent on maintenance. This shows the significant benefit that customers can accrue from moving to a hyperconvergence platform. For power management, Simplivity combines Eaton’s Intelligent Power Manager software with the 5P UPS and the G3 series of PDUs. The 5P maximises agility and reduces total cost of ownership by up to three times over legacy systems.

These examples show that when it comes to hyperconvergent architecture, it is imperative that there be proper consideration given to the oft-overlooked area of power supply, distribution and monitoring.