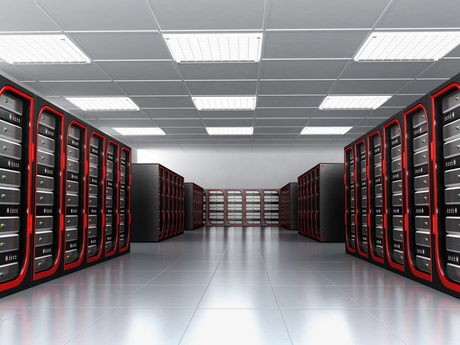 Auckland University has implemented several cable management products and techniques in its new data centre, allowing for more efficient use of rack space and giving the university a means to audit its fibre cables.

The university began a new data centre project around seven years ago, getting more serious about it within the last two years, according to Ashwin Ranchhod, Data Centre and Operations Team Manager at the organisation.

One consideration in outfitting the data centre was the physical management of copper and fibre cables. Auckland University ended up using several solutions from AFC Group, purchased through distribution partner, JA Russell.

AFC came up with a custom solution involving cable combs and blanking plates, which “allowed us to maintain our bend radiuses on the fibre and also tidy up the fibres within the rack,” said Ranchhod.

The university also employed hanging baskets, placed above the racks, to hold equipment and cabling.

“Our LAN connectivity is at a 10 gig level for all our equipment. We’ve got these 10 gig switches at the top of racks … but we didn’t want to utilise real estate within the racks for patch panels or non-cost recoverable space,” said Ranchhod.

Terry Kidston, Network Engineering Manager at the university, said that given the real estate cost of about NZ$2000 per RU, “anything we could take out of the rack, and put up above it,” they did, including MTP cassettes.

“We used the hangers to take real estate outside of the rack,” Ranchhod said.

Kidston said: “We needed an MTP solution with cassettes and cables for our SAN. With our SAN, we’ve also got [cables coloured] pink and red to differentiate them from our ethernet cables,” which are coloured black and aqua.

AFC also ran a course for Auckland University on the benefits of cleaning fibre cables before connecting them to equipment.

Ranchhod said the university was previously “using fibre patch panels, but the failure rate for the SAN connectivity was very high, so we went direct connect.”

Having completed the fibre cleaning training, Ranchhod and his team realised the apparent failure rate was “probably because we weren’t cleaning the fibre ends and the fibre patch panels,” impacting fibre performance and leading to failed connections, he said.

The university has since purchased two JDSU probes to help clean its fibre cables. The devices plug into a laptop and use a microscope to examine the glass ends of fibre cables.

“If it’s got too much dirt on it, it will fail it,” said Kidston.

Separate cleaning kits allow technicians to remove any dirt that may be present, after which the cable is retested, to make sure it’s clean.

Results of the tests can be stored, which helps technicians troubleshoot connectivity problems later down the line.

“If we do have any issues, we know that, okay, we did clean that cable,” Ranchhod said, allowing them to eliminate that as a potential problem and consider other aspects of the troublesome channel.