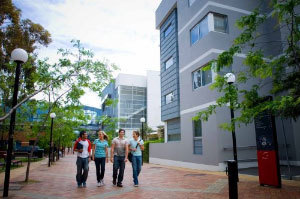 Swinburne University of Technology has built a new data centre for primary IT activity, converting its old data centre into a disaster recovery centre. To power the new data centre, the university has installed two UPS units, each providing 500 kW of power. 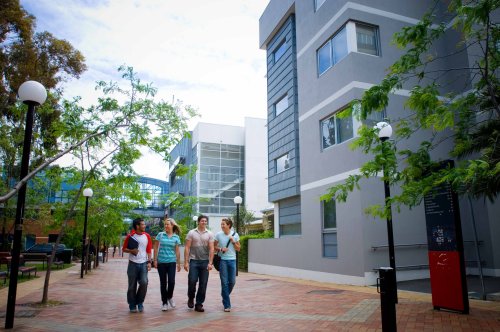 At Swinburne, an extensive WAN involving more than 150 servers, spans five Melbourne campuses and connects to a Malaysian campus to support over 50,000 academic and administrative staff and students. The network runs data, video and voice. It is the basis for the university’s phone system and is essential not only for providing teaching and learning services, but also for supporting research programs and student and administrative functions.

As Joe Cusmano, Data Centre Manager at Swinburne puts it, “Everything runs off the network. Therefore maintaining network services is critical. We can’t afford to have 2000 plus staff sitting around being non-productive for hours because we have no phones and no computers.”

Recently, the university built a new data centre for primary IT activity and established the previous data centre as a new disaster recovery centre. In addition to providing a margin of safety and increasing IT capacity, (the new data centre houses a total of 144 server racks) the move has enabled Swinburne to implement green technologies, reducing its environmental footprint.

One network protection measure has been the use of uninterruptible power supply (UPS) technology. Swinburne has UPS system support for all critical IT equipment on every campus, with almost 60 Eaton UPS units installed for a combined rating of close to 3 MW.

“Our most recent UPS purchases were two Eaton 9395 UPS systems for the new data centre,” Cusmano said. “Both are 500 kilowatts, backed up by a 1.1 MW generator. Bus ducts, which sit under the floor, connect power to the systems, providing redundancy, so that if the power supply to one goes down, we simply switch over to the alternative power source. It gives us a great deal of flexibility.”

The task of keeping an eye on so many, and such widely spread, UPS systems has been made easier for Cusmano and his team through the use of Power Xpert power management software.

The software centrally monitors all of Swinburne’s three- and single-phase UPS units over the WAN and provides reporting and analysis of power related activity. It includes single-line diagrams and UPS information and monitors system status of other elements in the critical power distribution system, such as the generators. The information is continuously displayed to IT staff on a rolling screen in the University’s help desk area.

All system alarms are fed into a distribution list of on-call IT personnel that includes their availability. The list finds the first available recipient and sends them an SMS alerting them to the problem. An email is also sent and the alarm will keep sending at a specified time interval until someone acknowledges it, or the alarm returns to normal.

“The reporting allows us to take a more proactive role, especially when it comes to energy management. We use the statistics and reports to identify ways of minimising power consumption. For example, if we’re running too many servers, perhaps we can do something about it. It’s part of our plan to find ways of re-using the data centre’s energy,” Cusmano adds.

The UPS technology has helped the university’s network performance record, with Cusmano saying, “We have an average annual uptime of 99.8% availability. We may have to drop part of the network from time to time for maintenance, but we have hardly any unexpected downtime at all.”