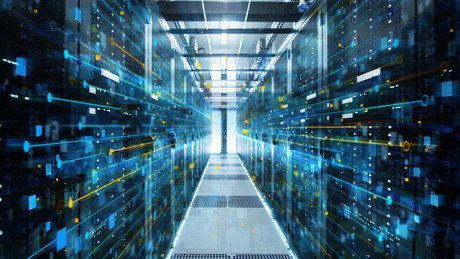 One of the world’s leading pharmaceutical companies, the Boehringer Ingelheim group is headquartered in Germany with operations globally, including in Australia and New Zealand.

At the beginning of 2017, Boehringer Ingelheim Animal Health operations in New Zealand grew significantly from one office to three. Consolidation was required and a decision was made to move the operations into a new headquarters. Part of this move involved the auditing and consolidation of the information technology infrastructure. The audit revealed that the server room required an upgrade, so new equipment and a new solution was sought.

Boehringer Ingelheim Animal Health New Zealand is a complex business which includes the manufacturing and research and development of pharmaceuticals. With such a diverse environment, the business entity requires local infrastructure of supporting servers and locally installed applications. Reliability of the services was paramount, so double redundancy across the UPS systems and cooling systems was required. Other equipment that was needed included devices for temperature/humidity control as well as ongoing monitoring for energy efficiency.

Physical constraints of the new server room were a consideration, with glass walls limiting the ability to install any external chilling or condensing devices. The existing infrastructure also had no capacity for additional chilled water to be run throughout the building services. These restraints meant that an innovative cooling solution was required to keep the server room running efficiently.

After a successful data centre implementation with APC by Schneider Electric’s Business Development Manager, Sergei Vovchak, utilising Schneider Electric’s EcoStruxure architecture at Boehringer Ingelheim’s Australian site, Boehringer Ingelheim New Zealand was keen to replicate the experience and system at their new site in New Zealand. The EcoStruxure architecture evaluates the collected data to deliver improved safety, reliability, efficiency and sustainability, all through an easy-to-understand interface. With offices across the globe, Sergei worked with his colleagues in New Zealand and with their local Boehringer Ingelheim counterparts to bring together a solution.

One of the objectives of Boehringer Ingelheim New Zealand was for their new server room to be a replica of the server room in New South Wales. Copying the set-up, APC by Schneider Electric implemented a comprehensive EcoStruxure architecture to supply and install a complete data centre solution including server racks, power distribution units (PDUs), uninterruptible power supplies (UPSs) and InRow Cooling.

By replicating the New South Wales data centre, and using the EcoStruxure for Data Centres software, Boehringer Ingelheim’s Local Australian and New Zealand Infrastructure Managers now have the ability to manage and support both data centres from either country. This creates personnel backup, as well as support and benchmarking opportunities.

To overcome the challenges relating to cooling of the room, Schneider Electric’s Self-Chilled InRow Cooling was chosen to ensure the two server racks are kept running at efficient and effective temperatures. The units have Active Response Controls which monitor and actively adjust the cooling capacity to ensure proper server inlet temperatures. Through the microprocessor controller, visibility into the operation and health of the unit is provided and fed back into the EcoStruxure user interface. Each rack has two cooling units, which are used interchangeably and as a backup in the event of a malfunction.

The new Boehringer Ingelheim New Zealand server room is running efficiently and effectively, with the units maintaining 20°C, cycling between 165–365 L/s using 11 kW of cooling. The Local Infrastructure Managers are able to look at each room and provide backup and support when needed. The team is now in the process of customising alerts so that they go to both managers so they are each aware of concerns in the other’s location.

“Both Australian and New Zealand Local Infrastructure Managers were in involved in the project from the beginning,” Chris Brown, Local Infrastructure Manager, Boehringer Ingelheim New Zealand said. “Having the same systems in place means that we can work across countries and, if required, we can cover one another if one of us is absent from work.”

“We now have a ‘smart’ room in New Zealand, which gives us greater control and options,” Jason said. “We are also looking to gain further insights into the efficiency of the rooms by delving into the analytics we are now recording.”

“I have previously made a call at 2 am to Schneider Electric, and had a technician onsite within the hour,” Jason said. “One thing we have definitely appreciated is the support that comes with doing business with APC by Schneider Electric.”

Jason says the installation of the new data centre went without a hitch.

“The installation team were very professional,” Chris said. “They came and went and got the job done without delay. This was largely due to the initial scoping of works as they knew exactly what the job requirements were.

“What impressed me most was the technical expertise of the engineering team. They provided us with the right solution and made the whole project trouble-free.”

The RiMatrix NG IT infrastructure platform helps IT organisations drive the digital revolution of...