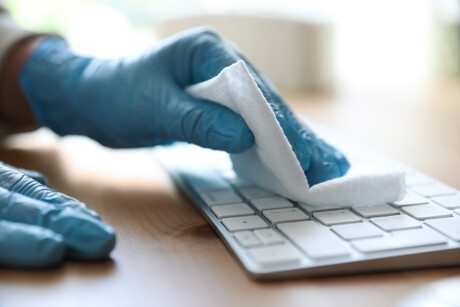 What a year. COVID-19 has left barely any aspect of our lives untouched, but in IT the change and acceleration it has wrought led to the pandemic being called ‘CIO of the year’ back in April. And it deserves that title, having shown businesses the value and necessity of investment in IT for working from home and without physical contact.

Most of these technologies have been around for a while, and often employees were asking to use them but being refused by recalcitrant IT departments. Let’s go through some of them.

Remote work is obviously the biggest one, with a rush on laptops, webcams and microphones in the early stages, then leading into overwhelmed VPN servers and devices that couldn’t be managed remotely.

Then we got Zoom fatigue from back-to-back video meetings and virtual conferences. Oddly, Slack, a work-focused chat program that assists with remote work, couldn’t capitalise on the pandemic like Zoom did, instead facing stiff competition from the market share of Office 365 which included an ersatz clone, Microsoft Teams. Slack had to be satisfied with an acquisition by Salesforce at the end of the year.

But for knowledge and IT workers who spend their days in Outlook or Gmail, or developing and managing IT services remotely anyway, it wasn’t too surprising that working from home was fairly feasible. Apart from having the kids at home too, which leads us into education.

Schools had the same challenges as workplaces and more. For one, trying to find enough locations in the house for everyone to work and study in peace is pretty hard. Pedagogically, this wasn’t home schooling or online learning, it was crisis learning, and teachers had to adapt quickly.

COVID also exacerbated existing inequalities in school IT, rich private schools with 1:1 laptop programs faring much better than government schools with BYOD programs where students’ only home internet access might be their parents’ 4G phone.

Even with the return to classrooms, catering for hybrid learning with social distancing or for students who remained at home required changes such as Bluetooth headsets and tracking cameras for teachers.

In the US, once the new school year started in August with the pandemic ongoing, some parents opted for remote learning or pure home schooling, and some schools had year groups switch between on-campus and at-home every week. Some outsourced their remote learning entirely to existing online academies, which then struggled to find experienced teachers to meet the huge demand.

While it’s clear that remote learning works very well for some students (and teachers), there were many others who struggled in the changed environment. Differential education outcomes from online learning will be a fertile field of study for years to come.

The nbn continued to be in the news in 2020, both because of COVID and its claimed completion. While announcing the initial rollout was “complete” and blaming other organisations for why it was so late, NBN Co also immediately announced it would be rolling out fibre to FTTN areas to enable on-demand upgrades to FTTH without paying for an upgrade through the exorbitant Technology Choice Program.

NBN did get rid of the $300 fee for TCP quotes, replacing it with an online form giving an instant response. I got a quote of $9458 to upgrade my FTTC to FTTP, which I won’t be taking up. Of course everyone would have FTTP today if the Coalition hadn’t neutered the nbn with their MTM plan, but no, I’m not bitter, why do you ask? At least telehealth got a big boost, even if for a regular GP it’s still just a phone call and not a fancy video app (but let’s face it, simpler and more reliable is often better).

The NBN’s increase of CVC by 40% (and the mobile carriers giving extra quota) certainly helped a lot for everyone working and studying from home, so long as their home Wi-Fi could hold up. Meanwhile, all the carefully designed corporate Wi-Fi networks are idle while people’s home routers are under loads most were not designed for.

Some products for optimising home Wi-Fi have started to emerge, for example Metageek’s Rampart Home which has a 14-day free trial or 90 days for education. In non-COVID Wi-Fi events, Wi-Fi 6 was released (the underlying standard, 802.11ax isn’t quite finalised but should be early next year) with client and AP support becoming more common across the year.

Wi-Fi 6’s main feature will be lower-latency transfers in busy environments, as it lets multiple clients transmit at the same time on their own sub-channel slices, rather than having to wait in turn to transmit one by one, but it requires a majority of clients connected to an AP to support Wi-Fi 6 before it can be used effectively.

In the US, the FCC approved the frequencies for Wi-Fi 6E which offers much more bandwidth for wider channels (and hence higher speeds), but what with no client support and the ACMA taking a wait-and-see approach you shouldn’t expect to see 6E in Australia for two or three years.

The Australian Government’s track record of being bad at (and for) IT continued again this year. First up was COVIDSafe, which did not live up to its claims of protecting us from the coronavirus. Some will correctly point out that it was trying to fit a square peg into a round hole, abusing Bluetooth APIs in ways the phone platforms (particularly iOS, which is not as common in Singapore where the underlying software BlueTrace came from) were not supposed to do.

It also had multiple major security vulnerabilities discovered by the community that sprung up to analyse it, in spite of the DTA’s poor engagement with the community who worked very hard on their own time to improve it.

But I would argue the Google/Apple Exposure Notification (GAEN) protocol (which the Australian Government refuses to use, instead doubling down by adopting the VMware Herald protocol) was also not that useful, because it only provides notification to the person and then gives them the option to submit their details to the local health authority.

This lack of compulsion is not enough for a virus as contagious while asymptomatic as SARS-CoV-2, where isolation is critical to prevent its spread. GAEN is focused on an individual, but the pandemic is a public health crisis which requires looking beyond an individual.

What seems to work best is compulsory contact registers, and while I am normally all about online privacy, in the case of COVID I am more than happy to be compelled to scan a QR code when going out. Particularly if the data is held by a health department rather than a third party who will probably on-sell my details to marketers.

Despite the pandemic, the government’s attempts to pass more laws giving them power over the internet continue. First up are proposed amendments to the Security of Critical Infrastructure Act 2018 which aim to compel operators of critical infrastructure to improve their security so that we don’t suffer cyber attacks such as the Ukraine power grid cyber attack.

While noble in theory, there is a lot of work to be done to get the details right and prevent government overreach. Some funding for those companies forced to implement higher security would be nice too.

Second is the recently introduced Surveillance Legislation Amendment (Identify and Disrupt) Bill 2020. A complement to the Assistance and Access Act 2018, which targeted application and service providers, this Bill allows the AFP and ACIC to target end-user accounts, record their network activity and hack into websites to add or delete data.

As usual, Peter Dutton claims these powers will only be used against the worst of the worst, ie, “paedophiles seeking to groom children online, terrorists swapping information and people trading gun parts”, but the powers would actually apply to any offence that carries a maximum sentence of more than three years in prison.

The Bill also has the usual lack of safeguards we have come to expect from this sort of legislation. And let’s not forget that Task Force Argos took over and ran a child exploitation site for 11 months in 2016 and 2017, so clearly some of these powers are already legal. The real question is, are they being used appropriately?

As we go into 2021 with life having returned to relatively normal in Australia, the one thing that I do see returning is face-to-face or, at the very least, unstructured meetings. The serendipitous value of the chance meeting in a hallway in the office or at a conference — where some unexpected but useful information is obtained in general conversation — is a clear benefit missing from remote work and virtual events.