IT lessons for education from the COVID-19 crisis 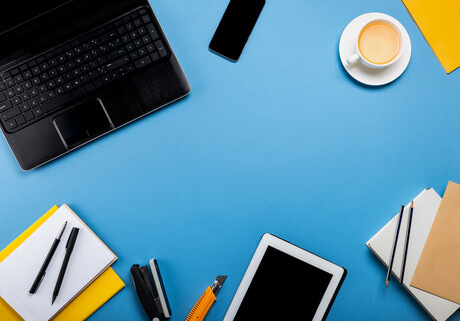 The education sector has had a rapid infusion of technology thanks to COVID-19, but it hasn’t gone smoothly or equally at all schools. As someone who works for a school, I was on the frontline of this, and I’ve also read a lot about how other schools approached the challenge. Here’s what I’ve observed.

The first and biggest change was the rapid introduction of videoconferencing technology for remote learning. Some schools already had education-focused solutions such as Adobe Connect and Blackboard Collaborate, but most others started using Zoom, Google Meet and Microsoft Teams.

These products were designed for the corporate market and so had problems when used in a classroom environment. Zoombombing was the best known of these, but even basic things such as students being able to kick teachers out or re-use meetings without supervision have only now been fixed by updates several months later.

New York City banned the use of Zoom in schools for several weeks until the company made security improvements. AARNet, which provides internet for Australian universities, had its own Zoom cluster which quickly became overwhelmed when universities transitioned to online lectures.

The school I work at evaluated several of these products, but ended up choosing BigBlueButton, an open-source, education-focused conferencing system. It’s a well-established product with strong classroom features and controls.

While it’s free software, it’s not free to run, as it requires a significant amount of processing power — the recommended specs are a server with 8 CPU cores and 16 GB of RAM per 200 users. We started with 9 VMs in Azure, with a web interface calling a load balancer in front of them, but that wasn’t quite enough for our 1650 students, and so we bought some physical Ryzen 3700X PCs to assist. At peak we pushed about 1 Gbps of video traffic.

Second was devices. Australia was on a fairly good footing thanks to the foundation laid by the Rudd government’s Digital Education Revolution, meaning almost all schools have school-owned or BYOD 1:1 programs. US schools are somewhat behind, with many having just Chromebook carts that had to be rapidly disassembled when the shutdown orders came. They are now investigating 1:1 programs, but there are reports of laptop shortages and orders with delivery delayed until September.

Third was the importance of learning management systems (LMS). My school has been pushing teachers to migrate all their resources to our LMS for several years, but it took the unavailability of in-classroom learning for the laggards to get on board.

Google Classroom, Microsoft Teams (with OneNote) and Apple Classwork are the offerings from the big three. Microsoft in particular had load issues, with class creation for Teams delayed by up to a day (before being disabled by default and having to be done separately), while OneNote came under heavy load with sections disappearing or failing to sync.

Despite the basic technology being the same, how schools used it varied considerably. Some, such as the school at which I work, ran online classes with video per the regular timetable, while others only had daily or even weekly video check-ins, with most work assigned and collected and support given via LMS or email.

Existing pedagogies like online and flipped learning weren’t always applicable to this style of learning, which some teachers called ‘crisis learning’. Some schools recorded every single lesson, while others forbade recording entirely.

Of course, online learning requires the internet, and some students don’t have reliable internet access at home. In New Zealand, the Department of Education sent out routers to households with no internet access, some Australian states and US school districts bulk-purchased 4G hotspots, while other districts installed Wi-Fi in their school buses and parked them in front of apartment buildings.

COVID-19 has prompted years of technical progress in months, but schools that were already invested in technology had a head start. The big tech companies, Microsoft, Google and Apple, have all made investments in their free products for education, yet often more specialised products are better but have a cost in time or money.

Some US states got less than a day’s notice of closing and so had to go with whatever they could get set up the quickest. Hopefully they still get good outcomes and can keep their teachers and students engaged.

COVID-19 has accelerated the adoption of many technologies — some positive, some negative...