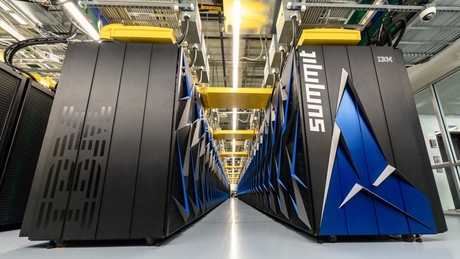 All of the world's 500 fastest supercomputers use Linux, and the aggregate processing capacity of the top 500 has now grown to 1.65 exaflops.

The 54th edition of the TOP500 supercomputing list shows that the entry level to the list has also grown to 1.14 petaflops, up from 1.02 petaflops from the previous list released in June.

The top 10 systems remain unchanged from the previous list, with IBM-built Summit and Sierra remaining in first and second place with speeds of 148.6 petaflops and 94.6 petaflops respectively. Both employ Power9 CPUs and NVIDIA Telsa V100 GPUs.

Third on the list is the Sunway TaihuLight supercomputer at 93 petaflops. This supercomputer was developed by China’s National Research Center of Parallel Computer Engineering & Technology, and is powered exclusively by Sunway SW26010 processors.

Another Chinese-built system, China’s National University of Defense Technology's Tianhe-2A, is fourth at 61.4 petaflops, while Dell's C6420 is in fifth place with a result of 23.5 petaflops.

Cray developed the next two computers on the list — the Piz Daint in Switzerland at 21.2 petaflops and Trinity in the US at 20.2 petaflops.

Finally, the Lassen supercomputer, the unclassified counterpart to the classified Sierra system, is ranked in tenth place at 18.2 petaflops.

China continues to have the largest number of TOP500 installations globally at 227, up from 219 six months ago. The US share has reached an all-time low of 118 but the nation remained in second place, followed by Japan (29), France (18) and Germany (16).

But the US still leads in terms of the list's aggregate performance, accounting for a 37.8% share. China remains in second place at 31.9%, but is catching up quickly.

The top system on the list is Fujitsu's prototype A64FX supercomputer, which delivered a performance of 16.9 gigaflops/watt. NA-1, a PEZY Zettascaler machine which is being readied for a future installation at NA Simulation in Japan, ranked second at 16.3 gigaflops/watt.