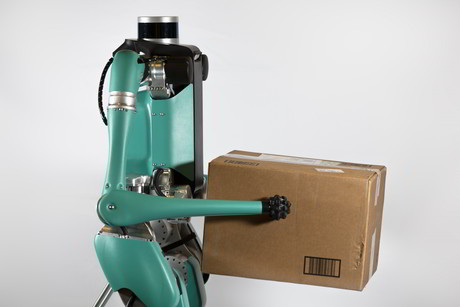 Agility Robotics’ humanoid robot, Digit, is stepping out of the lab and into the real world. Fortunately, under better circumstances than Ex Machina’s Ava, or any of Westworld’s robots.

While it’s not the first autonomous robot to venture outside (think Digit’s predecessor, Cassie, Boston Dynamics’ Atlas and Knightscope’s K5 – nicknamed Steve), it is likely one of the most agile.

Unlike Cassie, this friendly-looking robot has been given an upper torso, arms, sensors and additional computing power, giving it the ability to lift and stack 18 kg boxes, catch itself during a fall, climb stairs and even plan its footsteps.

These useful features have driven Ford Motor Company to partner with Agility Robotics to create a completely autonomous delivery system — where Ford’s high-capacity, self-driving cars would courier Digit and their package to and from a customer’s delivery address and Digit would carry the package to the door.

While Digit still has a lot to learn about the world, Agility Robotics hope that Ford will allow them to give Digit a crash course in ‘Earth 101’ using their mapping and object recognition research, in preparation for Ford and Digit’s autonomous delivery test program early next year.

In the meantime, Digit will also be sold as a standalone product, with prices to be released mid-year and deliveries starting in quarter one 2020.

Hopefully, wherever it goes, Digit finds the world a much better place than Steve did…