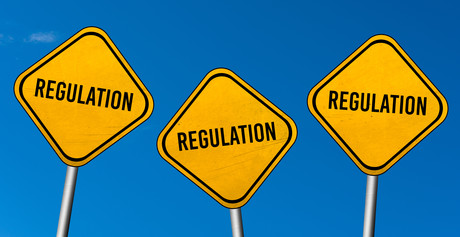 Regulators ACMA and the ACCC have taken action against several misbehaving telcos — iiNet, Telstra and Optus.

ACMA has ordered iiNet to conduct an independent audit of its systems after a customer was found to have been left without internet access for more than three weeks during a difficult nbn migration.

iiNet was found to have failed to meet regulatory obligations to offer an interim service to the customer while the issue delaying the migration was being fixed.

The operator was accordingly found to be in breach of the Service Continuity Standard and Service Migration Determination, which was introduced in September last year after ACMA research found that one in six households moving to the nbn were being left without a working connection for more than a week.

If iiNet fails to comply with the direction to audit its systems and submit the results to ACMA, the regulator may commence court proceedings seeking remedies including a fine of up to $10 million.

Telstra systems had been set to send SMS notifications, which were unable to be received by broadband customers not connected with a mobile phone account.

Telstra was found to be in breach of its obligations under the Telecommunications Consumer Protections (TCP) Code, which requires suppliers to send notifications within 48 hours of customers reaching specified data usage quotas on post-paid internet plans.

Telstra self-reported the potential breach of its obligations, which took place between September 2013 and May 2019.

Telstra has automatically refunded all customers who lodged a complaint about excess usage over the period or accrued excess usage charges of $5 or less. ACMA has instructed the operator to report regularly on its progress refunding affected customers.

Finally, the ACCC has successfully argued a legal case in Federal Court against Optus, resulting in the operator being fined $6.4 million for misleading consumers into thinking they had less time to migrate to the nbn than they did.

Optus was found to have emailed just under 139,000 of its own mobile customers claiming that existing home broadband services provided by their competitors would be disconnected “very soon” and encouraging them to change to Optus NBN broadband “before it is too late.”

The court held this statement to be misleading or deceptive because the affected customers were not facing immediate disconnection of their existing broadband services, and the resulting false sense of urgency could have discouraged them from shopping around for the best deal.

“We are concerned about Optus’s recent track record in misleading consumers about the nbn. We expect that this $6.4 million penalty will serve as a warning to Optus and other telcos that they must not mislead consumers about their choices when the nbn is being rolled out,” ACCC Chair Rod Sims said.

In another recent development, operators could soon find themselves with enforceable obligations to take actions to protect their customers from common phone scams.

ACMA has recommended that the obligations be introduced as part of its Combating Scams report, which also recommends the immediate commencement of trials of multiple scam reduction initiatives.

One such trial will involve a Do Not Originate list of safe numbers from organisations like banks and the tax office, in order to prevent these agencies from being used in scams.

The regulator will also trial initiatives to reduce scams such as malicious spoofing.

“Further trials will target the Wangiri ‘one ring and drop’ Scam, which has been identified as one the industry can potentially bust by working together,” commented the Chair of the Scam Project, Fiona Cameron.

“Together we have developed a three-point action plan that I’m confident can reduce scam calls and re-build consumer confidence. It is very pleasing to see our project has spurred on significant scam reduction activities across the sector. In one case a telco provider blocked nearly 3 million scam calls in one month.”