Blockchain: what you should know before getting on board 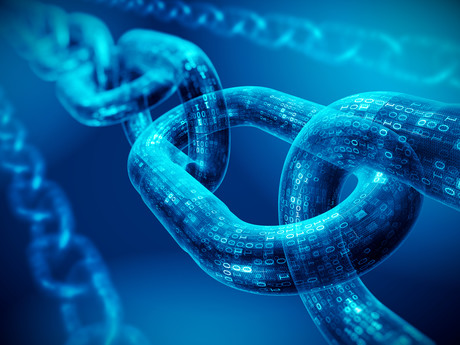 In the broad sphere of tech, few trends have been quite as talked about and fussed over as blockchain has over the past few years. In the early days, blockchain was mostly known as an algorithm that allowed the processes of Bitcoin and other cryptocurrencies to function in their revolutionary and controversial fashion, however, the possibilities for much wider applications of blockchain became apparent fairly quickly. The development and implementation of all these hypothetical uses hasn’t yet occurred to the degree some may have anticipated or hoped for, but there has, nonetheless, been notable progress made with blockchain.

Distributed ledger technology (DLT) is arguably the most visible advancement of blockchain, with supply chain development, digital music distribution and asset transference all benefitting from the network decentralisation technique in various ways.

However, certain complications surrounding DLT and other varieties of blockchain can’t be ignored, especially since some of them have captured international attention. Enterprises don’t need to abandon their plans to use blockchain technology, but it’ll be critical for them to understand these issues before proceeding with any companywide implementation. Using a versatile low-code applications platform may provide a valuable bridge to blockchain success.

Regulations need to catch up with tech

The Bank of Canada recently concluded a pilot program that used DLT to manage cash transfers between banks and equity transmissions between private parties, with assistance from TMX Group (operator of the Toronto Stock Exchange) and Payments Canada. While the project is being looked at as a relative success by its initiating parties, it was pointed out that regulatory concerns complicated the use of DLT and would take quite some time to fully address, as would certain resistance toward accommodation of blockchain’s needs. For example, Scott Hendry, financial director for the Bank of Canada, said that the national financial institution had no plans to revise regulation to account for DLT.

The issue in this case began during the pilot project’s third phase, when TMX Group became involved. Brokers couldn’t make trades without the digital cash assets necessary for the prototypical system to operate. But due to the Bank of Canada’s role in the program, providing stock traders with these assets constituted a violation of Canadian federal law (and, somewhat less significantly, the bylaws of Payments Canada). All things being equal, an adjustment could’ve been made to circumvent this roadblock and account for actual trades in the future, when the system went live, but Bank of Canada officials like Hendry believed realistic use of DLT was too far off to bother with any changes now.

Other nations appear more open to quicker DLT implementation for this purpose. The Australian Securities Exchange set a hard date of 2021 by which to replace at least some of its settlement infrastructure and Australia’s lawmakers have expressed no clear opposition to this. The main U.S. and China stock exchanges, along with those in numerous other countries, are also working on DLT asset-trading projects. However, regulators in at least some of these nations — arguably with good reason — may raise similar concerns and reaching compromises will become necessary.

DLT platforms and other blockchain systems use unique algorithmic keys for the transmission of data representing funds, information or any other asset being dealt across the decentralised platform. Once data is entered, deletion is impossible, but it also cannot be accessed without the consent of all parties involved in the transaction, which makes it secure. As one might imagine, all of the code and virtual infrastructure involved in the creation of such a system are quite complex — beyond the understanding of many people who don’t work in the thick of these technologies as a matter of course.

Therefore, to make the most effective use of DLT or any other variety of blockchain, organisations can do one of two things most readily: invest in the necessary hardware and personnel to realise implementation at the highest possible speed and efficacy — or use an enterprise-ready low-code application delivery platform to create apps that allow for the easy, everyday application of blockchain’s various functions.

We believe in the efficiency, versatility, speed and ease of use low-code app creation brings to the arena of DLT and blockchain. Graphically based low-code development models the intricacies of blockchain systems in a visual representation that even those who are relative tech neophytes can easily understand. By extension, the apps resulting from developers’ labours will be simple for employees across the business to understand, whether they regularly spend time with Python or are lost with anything beyond an iPhone. Solutions created using a low-code platform can be just as easily adjusted as is necessary, which is ideal for any business in a sector like finance that must quickly respond to any changes in regulations or risk incurring compliance violations.