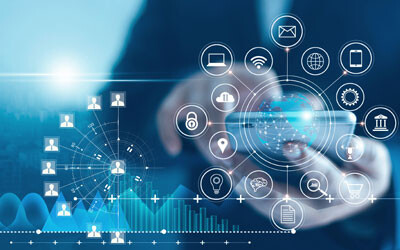 Nearly one in three Australians have entered a new banking relationship with a financial institution or non-bank service provider during the COVID-19 pandemic, according to a new report from FIS. The FIS PACE Pulse Survey examines how Australians have altered the way they shop, bank and pay in response to the pandemic. Digital transactions have accelerated, with Australians shifting from in-branch transactions to online or mobile banking. This is likely to be a lasting shift, as 7% of respondents indicated that they are gradually returning to their ‘old ways’ of banking.

Australians are also migrating towards digital payments, with QR codes being the most popular. 36% of respondents have increased their usage of QR codes when shopping in-store, while 31% are using cash less often now. Additionally, access to real-time/faster payments ranked as the most pressing need across generations. The FIS report found that younger generations were often the quickest to make changes, with 52% of Gen Zs and 63% of young millennials starting a new banking relationship in the past 12 months, while just 2% and 4% respectively said they are returning to conducting transactions in branches. Led by young millennials, the younger generations are also using mobile payment apps more often, with 89% of young millennials owning a mobile wallet.

Adrian Toynton, head of Banking Solutions at FIS, noted that Australian consumers have responded to the pandemic by seeking better banking experiences and are now prioritising digital. As competition in the banking sector intensifies, Toynton added that it is crucial for banks to offer a compelling customer experience from the get-go.

“To retain and win new customers, banks must modernise their platforms and harness advanced technologies, including cloud and API-enabled banking, to provide a seamless, always-on experience. Banks should also keep a finger on the pulse of the habits and preferences of Gen Zs and young millennials, who are undoubtedly a crucial demographic that will determine what next-gen banking looks like moving forward,” Toynton said.

The survey revealed that only 5% of respondents transitioned from unbanked to banked, with newly banked consumers skewing heavily towards Gen Zs and young millennials. Additionally, 25% of respondents cited other key motivators; the desire for better benefits (31%) was the primary driver for entering a new banking relationship, followed by ‘starting a new chapter in life’ (29%) and accessing products or services that other banks didn’t offer (25%). Meanwhile, 43% of respondents stated that they will continue to use online/mobile banking post-pandemic, moving away from in-branch transactions. Of all generations, baby boomers (13%) are the most likely to return to conducting transactions in branches, and Gen Z (2%) and young millennials (4%) are the least likely.

The survey found that 36% of respondents have increased their usage of QR codes and 24% have increased their use of tap-and-pay (contactless) when shopping in store. 31% of respondents are also using cash less often now. Access to real-time/faster payments was ranked as the most pressing need across generations, with 16% of young millennials most in need of access to real-time payments immediately, or within six months (28%).

The top personal financial goals among the younger generations suggest a desire to rein in spending and start saving, in the aftermath of the pandemic. Young millennials cited building an emergency fund (26%) as their top goal, followed by setting a budget and sticking with it (24%). Saving for a house topped the list for Gen Z (31%), followed by building an emergency fund (27%).

One-quarter of Australians were found to have suffered a job setback in the past six months, with young millennials and Gen Zs being the most vulnerable. The survey found that four in 10 young millennials suffered a job setback, most often a pay cut (14%), temporary lay-off/furlough (11%) or deferred promotion (12%). 33% of Gen Zs also suffered job setbacks and were more likely than other generations to experience a pay cut (22%) or permanent job loss (11%). Nearly two-thirds (65%) of young millennials said they wouldn’t be able to sustain themselves longer than a month after a pay cut, while 58% of Gen Zs said the same. Conversely, 39% of boomers said they could financially survive more than one year.