Demand declines for  IT contractors for federal government projects 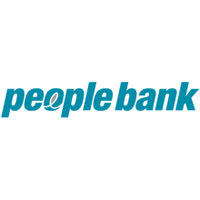 The Peoplebank Intermedium Federal ICT Labour Hire Index for the three months to 30 June has tracked a continued decline in the government’s reliance on ICT contractors in the ACT market, as well as surprising spikes in demand. While the index shows that the ACT market has had its toughest half-year on record, weakening demand has been cushioned in the last quarter by seasonal contract renewals, as well as a rapid surge prior to the Federal Election being called.

The Labour Hire Index, which measures the cost of an average unit of labour hire paid by the federal government to ICT contractors, reached an all-time low of 763 points in April 2010. Peoplebank observes that market sentiment at the time was strongly influenced by the looming 30 June benchmark (the date on which federal government departments were measured on their progress towards the Gershon Review’s intended reduction in ICT contractor reliance).

In all, there were 2772 ICT contracts reported in the first six months of the year, with a total value of just under $254.5 million.

At the same time, however, Peoplebank observed a rise in demand for ICT contractors for new projects, as well as the seasonal spike in demand as long-term contracts were re-signed in June.

These twin factors saw the index rise in April and June, closing at 1316 on 30 June - almost double the April figure, but still 41 points lower than the June 2009 index.

Peoplebank’s observation is that - in addition to the seasonal spike - some agencies were pre-emptively hiring contractors in advance of the ‘caretaker mode’ associated with a Federal Election (which was called on 21 July and held on 21 August).

Peter Acheson, CEO of Peoplebank, comments that while there are early indications of strengthening demand, it is unlikely that the market will experience a sustained strengthening until 2011.

“Despite the July spike in demand, the conflicting pressures on the ACT market are likely to keep it relatively flat for the coming months.

“While the Department of Finance has launched some 44 new ICT projects, overall demand will be tempered by an ongoing commitment to reducing reliance on ICT contractors. In addition, market timing - with the Senate Estimates period preceding the Christmas holiday season - means that we are unlikely to see any major new projects until March 2011.

“It’s important to note that with there have been few or no new ICT professionals entering Canberra’s contractor market. Which means there is limited capacity to provide resources for new projects - and this skills shortage is likely to start becoming an issue in 2011.”