Govt to tender for common CMS based on Drupal 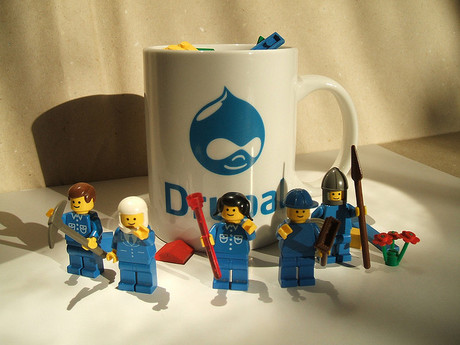 The Australian government plans to launch a tender for a government-wide content management system (CMS) based on the open-source Drupal software.

The system, which has the working title of GovCMS, is intended to support more effective web channel delivery functions for agencies while reducing overall website management and maintenance costs.

A tender will be launched by the Department of Finance this month. The draft statement of requirements for the system stipulates that the GovCMS solution must use Drupal as a software-as-a-service (SaaS) content management system and must be hosted on public cloud infrastructure.

According to the draft, the federal government currently operates upwards of 1200 websites - many of which use commercially licensed CMS software - which drain resources from IT departments or external hosting providers.

Many small agencies also lack the resources to ensure that their websites meet federal standards on security accreditation and accessibility obligations.

A GovCMS feasibility study suggests that between 182 and 437 websites could be on-boarded to the new system within four years.

According to the study, sites with a relatively small number of pages and rarely updated content can use a preconfigured template available within GovCMS. More frequently updated and content-rich sites could use custom themes and templates.

Through the project, Finance aims to allow agencies to save on the costs of maintaining their web presence, both through increased economies of scale and through reductions in the price of cloud infrastructure over time.

The ministry also aims to make it easier for agencies to comply with government standards in areas including security, privacy and accessibility.

The proposed GovCMS service delivery framework would be agnostic with regard to the sourcing of service providers. The implementation would need to incorporate compliance policies and standards as well as regular automatic backups of individual websites.

Using open source software would allow agencies to share code, modules and applications, according to the draft tender. It stipulates that all code and modules developed for use in the GovCMS platform should be made freely available for all government agencies and the wider open source community to utilise.

In a blog post, Australian government CTO John Sheridan said the GovCMS project “represents a tangible implementation of the government’s policy for eGovernment and the Digital Economy”.

This policy sets the direction to “simplify government ICT and eliminate duplicated, fragmented and subscale activities across agencies by requiring use of shared or cloud services where minimum efficient scale hurdles are not met”.

When some readers questioned the decision to mandate Drupal for the CMS system, Sheridan responded that the government has invested significantly in Drupal in accordance with government policy preferring the use of open source software.

“Continuing in this way offers benefits that appear, at this stage, to outweigh the costs,” he commented. “While other open source platforms exist - indeed we use WordPress for our GovSpace offering - Drupal appears to offer the best enterprise-level [solution] as shown by our previous extensive analysis.”

Drupal was created by Dries Buytaert, who is now CTO of Acquia, a company providing products, services and technical support for the platform.

Chris Harrop, Acquia’s regional director for APAC, commented that the proposal to require the use of Drupal for the system proves that the platform is gaining traction in Australia.

“Whilst we’re a few years behind North America and Europe on this front, in Australia we’re starting to see the larger enterprise players look seriously at Drupal as an alternative to spending large licence fees on commercial Web CMS platforms,” he said. “There’s a growing realisation that Drupal is a viable option for large, complex, high-traffic sites as well as the multitude of campaign or perishable, short shelf life websites.”