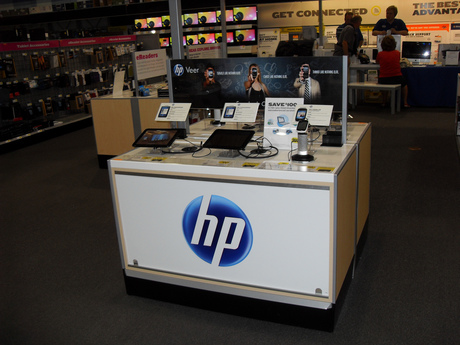 HP made waves recently by publishing what it claims is evidence to back up its claims that software company Autonomy had artificially inflated its revenue and profits prior to HP's ill-fated acquisition of the company.

HP bought Autonomy in October 2011 for around $12.4 billion (US$11.1 billion). Just over a year later, the company announced it would take a US$8.8 billion writedown on the value of the acquisition after uncovering “serious accounting improprieties” in the Autonomy books.

The filing, which HP said was the result of an extensive audit into Autonomy's past accounting practices, accuses Autonomy of overstating the unit’s net profit and revenue.

HP reduced Autonomy Systems’ reported revenue by 54% to around $148.6 million (£81 million) and reported profit by 81% to £19.6 million, and said that accounting errors represent around two thirds of the reduction in profit. The remainder was attributed to a change in accounting principles for reporting UK earnings.

This marks a rare disclosure into the specific allegations HP has made against Autonomy's former owners since the 2012 writedown.

“These restatements, and the reasons for them, are consistent with HP’s previous disclosures regarding accounting improprieties in Autonomy’s pre-acquisition financials,” a HP spokesperson told Reuters.

Autonomy founder and former CEO Mike Lynch has repeatedly denied HP’s claims. A statement on AutonomyAccounts.org, the website set up by Autonomy’s former management team, asserts that the restated figures “contain no new material information. All that they reflect are differences in accounting treatment between the policies used by [HP] and the international accounting rules that Autonomy used as an independent company.”

The former managers also asserted that the restatement “may have more to do with minimising the company’s UK tax obligations, since it includes disclosure that HP has asked HMRC for a £37.4 million tax refund on the back of these restated results. As an independent company, Autonomy was a good corporate citizen. It always paid its proper share of UK tax and the company did not resort to any exotic accounting treatments in order to avoid paying tax.”

A spokesperson for Lynch told the Telegraph that Lynch's team is “very surprised by the small size of these adjustments” compared to the US$8.8 billion writedown.

A group of disgruntled HP shareholders have meanwhile filed legal action alleging securities fraud in connection with the writedown. The suit accuses HP and former CEO Leo Apotheker of failing to promptly disclose their suspicions of accounting irregularities at Autonomy.

HP announced last month that it had agreed with the plaintiff's lawyers to put the case on hold until the end of February while it decides whether to seek to have the allegations against various HP executives and directors dropped or join the legal proceedings itself.

There is one other twist in the tale. Last month, the US Air Force concluded an internal investigation into the business practices of government contractor MicroTech, which had been an Autonomy reseller during the lead up to the acquisition.

Business Insider reported that, after consulting with HP, the investigators concluded that MicroTech had helped Autonomy artificially inflate revenue figures by allowing Autonomy to book revenue it had not received.

The probe alleges that in one example, Autonomy sent MicroTech US$9.6 million as part of a deal to set up an “advanced technology innovation centre”, and MicroTech subsequently wired US$9.6 million back to Autonomy to pay for outstanding receivables.

Autonomy's former managers responded to the Air Force probe by again rejecting HP's allegations. According to their response, the allegations of misrepresenting revenue instead boil down to the company's practice of recognising revenue from sales to value-added resellers (VARs) before sales to end users take place, a practice allowed under international financial reporting standards [IFRS].

“On a few occasions, following a sale to a VAR and the decision to recognise revenue, a VAR unexpectedly did not ultimately complete its anticipated onward sale,” the statement read. “This could occur because no end user purchased the software. Those subsequent events do not invalidate the appropriateness of recognising revenue at the time of sale to the VAR. This is because there is no end user requirement for revenue recognition [under IFRS].”