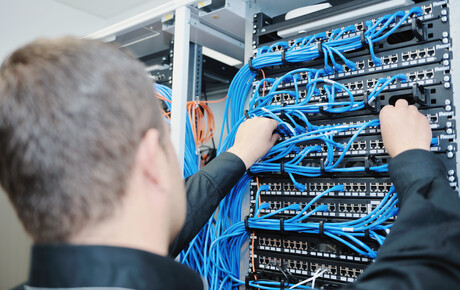 Huawei Australia is “very disappointed” in calls by Macquarie Telecom for the entire Australian telecom industry to strip out equipment supplied by the vendor and others from China.

Macquarie Telecom Group Executive Luke Clifton is quoted in Communications Day as issuing a challenge for the industry to remove all equipment from Chinese vendors.

According to Clifton, the company now has no Chinese infrastructure on its network. “Will other telcos do the right thing by Australia and follow our lead?” he asked.

But in a statement, Huawei Australia Chief Corporate Affairs Officer Jeremy Mitchell pointed out that singling out the company makes little sense.

He said the EU and two separate UK Parliamentary Committees have acknowledged that banning technology from companies because of where they originated is ineffective as it fails to take into account the complex nature of global supply chains.

His comments echo the opinions of experts, which have commented that equipment from other non-Chinese vendors is often manufactured in China by manufacturers with far more easily established links to the Chinese government.

“[For example] if Telstra were forced to follow through on Macquarie Telecom’s advice and 'do the right thing' by removing all Chinese manufactured networking equipment then it would have to remove all of its 4G and 5G network equipment manufactured by Ericsson in China with its local state-owned joint-venture partner, Panda Electronics,” Clifton said.

Both Optus and Vodafone [now TPG] would also have to remove all of their 4G and 5G equipment from Nokia as it was manufactured in China from the Nokia Shanghai Bell joint-venture, he added.

“In addition, NBN Co would also have to strip out its 4G Fixed Wireless equipment made by Ericsson and any fixed-line network equipment made in China by Nokia, ADTRAN or Casa Systems. Where exactly would that leave the Australian telecoms industry and the millions that rely on its services?”

Even US vendors such as Cisco have substantial manufacturing facilities in China, so Macquarie Telecom can’t be sure it is not using equipment manufactured in China, he added.

But the use of equipment from Huawei and ZTE specifically is set to become an even more politically sensitive issue in Australia following the decision by the US FCC to formally prohibit the purchase of equipment from the two vendors using subsidies from the FCC’s Universal Service Fund.

“We cannot treat Huawei and ZTE as anything less than a threat to our collective security,” FCC Commissioner Brendan Carr said in a statement.

“Communist China intends to surveil persons within our borders and engage in large-scale, industrial espionage. Nothing short of prohibiting subsidized Huawei and ZTE gear from our networks could address this serious national security threat. After all, Chinese law does not meaningfully restrain the Communist regime given its authoritarian nature.”

This latest in a line of restrictions on the use of Chinese equipment in the US could further threaten Huawei's business in Australia. The WA Government was already forced to nix a $206 million contract with Huawei in March to build a mobile data network citing trade restrictions in the US creating “a force majeure event” requiring its cancellation.

Huawei has also supplied the digital radio system being used by Sydney Trains under a NSW Government contract.

Australia has already gone a step further than the US and banned Australian mobile operators from using equipment from Huawei and ZTE in the nation’s 5G networks. Huawei was also excluded from supplying equipment for the nbn.

Huawei’s Mitchell said Huawei does support the call from Macquarie Telecom’s Clifton for the establishment of a government-run certification program for all network equipment providers. “We have been calling for such an approach for many years,” Mitchell said.