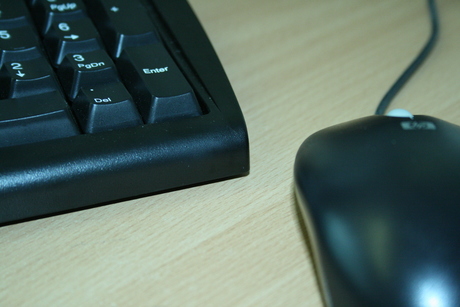 The inquiry into the Queensland Health payroll fiasco heated up last week, with one IBM executive admitting the company used leaked information on a rival bidder to improve its chances in the tender process.

In 2010, the former Queensland Labor government introduced an IBM-based payroll system that went hundreds of millions of dollars over budget and left thousands of public servants overpaid, underpaid or not paid at all.

A primary question for the inquiry is whether IBM had an unfair advantage in the tender process.

Terry Burns, an external contractor involved in the tender process, and a former employee of IBM, is a major figure in the investigation.

So far, the inquiry has heard of an email from IBM executive Lochlan Bloomfield to his superiors that suggested Burns was almost “coaching” IBM on how to win the contract.

But Bloomfield told the inquiry last week that Burns didn’t show a preference for IBM.

The inquiry also heard that Damon Atzeni, a staffer at the Queensland Government’s IT arm CorpTech, sent a confidential email to IBM employee Jason Cameron containing information on what Queensland Health needed regarding the contract.

The email was marked “for your eyes only” and was not sent to other tender bidders.

But IBM’s Cameron was also struck with memory loss; he told the inquiry he could not remember reading the email.

Bloomfield told the inquiry that Cameron’s knowledge of CorpTech helped both IBM and Queensland Health.

Bloomfield also admitted he was forwarded an email from rival bidder Accenture about its proposal for the contract. Accenture had initially been Queensland Health’s preferred choice in the tender.

However, Bloomfield’s memory loss at the inquiry continued; he said he couldn’t remember who sent him the email, why he removed the sender’s name when he forwarded it to a colleague, or whether or not he reported the email to his superiors.

Bloomfield admitted that he used information from the forwarded Accenture email to highlight differences between Accenture’s pricing structure and IBM’s.

Burns later hit back at the claims that he unfairly helped IBM win the contract.

He also denied urging bureaucrats to reassess their opinion of IBM’s tender when Accenture was in the lead.

But he did admit to the inquiry that he gave IBM a “dry run” presentation to allow the vendor to fix any faults before it submitted its tenders to CorpTech.

However, he maintains this was only to level the playing field. Rival bidders Accenture and Logica had a large presence in CorpTech through appointed contractors, he said, which allowed them to have informal meetings with staff at CorpTech.

Analyst firms IDC and Gartner last week both reported that worldwide shipments of personal computers dropped dramatically in the first quarter of this year, compared to Q1 2012.

This is the biggest drop in year-on-year single quarter comparisons the company has recorded since it started tracking the PC market quarterly in 1994. It’s also the fourth consecutive quarter that has registered a year-on-year decline in PC shipments.

“The PC industry is struggling to identify innovations that differentiate PCs from other products and inspire consumers to buy, and instead is meeting significant resistance to changes perceived as cumbersome or costly,” the firm said.

“At this point, unfortunately, it seems clear that the Windows 8 launch not only failed to provide a positive boost to the PC market, but appears to have slowed the market,” said Bob O'Donnell, IDC Program Vice President, Clients and Displays.

While some consumers responded well to the new form factors and touch capabilities of Windows 8, “the radical changes to the UI, removal of the familiar Start button and the costs associated with touch have made PCs a less attractive alternative to dedicated tablets and other competitive devices”, O’Donnell said.

Gartner did see growth in the professional PC market, however.

“Unlike the consumer PC segment, the professional PC market, which accounts for about half of overall PC shipments, has seen growth, driven by continuing PC refreshes. Despite the fact that some regions already passed the peak of PC refresh, overall professional PC demand continued to grow,” said Mikako Kitagawa, principal analyst at the firm.