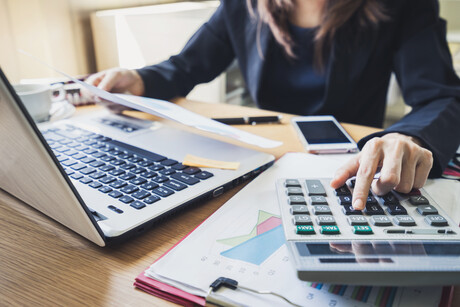 The Australian Information Industry Association (AIIA) and the Australian Computer Society (ACS) have welcomed the focus on technology in the latest federal Budget, arguing that this will be key to the nation’s post-COVID economic recovery.

In a statement, the AIIA said the multiple billion dollar investments in creating digital capability across the economy will be an important milestone to achieve a globally competitive and leading digital economy.

The industry body particularly welcomed the decision to reverse the proposed R&D tax incentive scheme cuts, a move which the AIIA said will especially benefit small claimants of the scheme with less than $20 million in annual turnover.

In addition, the $4.5 billion investment in upgrading the nbn and the $800 million in funding to bolster the digitisation of Australian businesses will see an enhancement of Australia’s digital infrastructure — both of which are consistent with the recommendations made in the industry body’s pre-budget white paper — will also help support the transition to a digital economy, according to AIIA CEO Ron Gauci.

“The Budget demonstrates that innovation and technology does play a vital role in Australia’s post COVID-19 economic recovery including the direct creation of tens of thousands of jobs,” he said.

“We see this October 2020 Budget as laying the ground work for further important measures in the May 2021 Budget to fully realise the Prime Minister’s ambition for Australia to become a leading digital economy.”

The AIIA meanwhile called on the government to take the opportunity of the pending retirement of Minister for Finance Mathias Cormann to facilitate a cabinet reshuffle that would involve the creation of a dedicated Minister for Digital Capability.

In addition, while the AIIA welcomed the previously flagged inclusion of $1.67 billion in the Budget for the nation’s cybersecurity strategy, the body said more can be done in this area.

“While this will bring great benefits to the Australian economy, it doesn’t address the current important skills shortages in key ICT roles. The government must continue work to address Australia’s digital skills to support our digital transformation and digital sovereignty,” Gauci concluded.

But ACS CEO Andrew Johnson said the industry body was “delighted to see the recognition of the importance of technology professionals in Australia’s recovery from the COVID-19 downturn with the emphasis on IT and cybersecurity in this year’s Budget”.

He said the introduction of 50,000 new higher education short courses which include IT subjects will be an important step towards addressing the IT skills shortage.

“Coupled with this, the announcement of $240 million to support female cadetships and apprenticeships in science, technology, engineering and mathematics will go some way to address the under-representation of women in the ICT sector,” he said.

“Along with the measures announced in last week’s advanced manufacturing and Digital Business plans, the Budget lays firm foundations for a tech led recovery.”