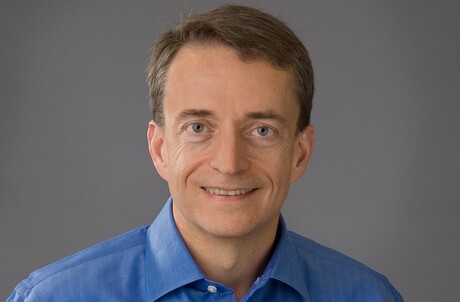 Intel has selected VMware CEO and technology industry veteran Pat Gelsinger to take over as CEO from 15 February.

Gelsinger has more than 40 years’ experience in the tech sector, including 30 years at Intel. During his tenure he served as Intel’s first CTO from 2000 to 2005, and as general manager of the company’s Digital Enterprise Group from 1979 to 2009.

Gelsinger was the architect of the of the original 80486 processor, led 14 different microprocessor programs and played key roles in the development of Intel’s Core and Xeon chipset families.

He left Intel in 2009 to become president and COO of EMC, a position he held for three years before taking over as VMware CEO in September 2012.

“After careful consideration, the board concluded that now is the right time to make this leadership change to draw on Pat’s technology and engineering expertise during this critical period of transformation at Intel,” the company’s independent Chairman Omar Ishrak said.

“The board is confident that Pat, together with the rest of the leadership team, will ensure strong execution of Intel’s strategy to build on its product leadership and take advantage of the significant opportunities ahead as it continues to transform from a CPU to a multi-architecture XPU company.”

Gelsinger will replace Bob Swan, who has been CEO of Intel since January 2019. Swan joined Intel as CFO in October 2016, and has formerly served as CFO of companies including eBay and Electronic Data Systems (now part of DXC Technology).

Intel has been under pressure from investors to pursue an executive shake-up to help stem the loss of its manufacturing edge over its rivals and address the loss of key talent to these rival companies.

But Swan characterised the leadership transition as a mutual decision. “My goal over the past two years has been to position Intel for a new era of distributed intelligence, improving execution to strengthen our core CPU franchise and extending our reach to accelerate growth,” he said.

“With significant progress made across those priorities, we’re now at the right juncture to make this transition to the next leader of Intel. I am fully supportive of the board’s selection of Pat and have great confidence that, under his leadership and the rest of the management team, Intel will continue to lead the market as one of the world’s most influential technology companies.”