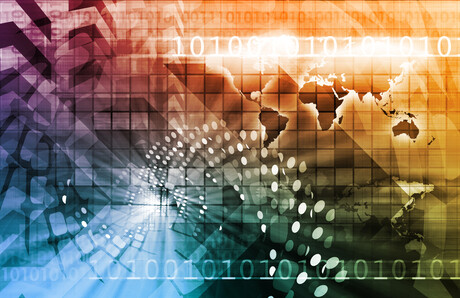 Throughout the pandemic, the reliability of enterprise networks has been pushed to the limit. Australian businesses have had to transform themselves to support a distributed remote workforce.

A year after the nationwide lockdown in Australia lifted, most organisations have reinvented themselves as they support a hybrid workplace.

More and more companies are redefining the future of work to encompass a very different workplace. We are not going to see all employees return to the office full-time anytime soon. Instead, I believe the enterprise office will serve primarily as a site for in-person collaboration, while the home office is the de facto choice for everyday work.

There will be continued pressure on IT teams to deliver a reliable and consistent experience to employees distributed in home offices, with variable and frequently unstable internet connections. Also, suburban business locations and coworking spaces outside of the CBD are growing in popularity as employees prefer not to take public transport and either want to drive or walk to a business hub relatively local to their home.

The implications of this are that Site Reliability Engineers (SRE) and DevOps teams have found themselves under intense, sustained pressure to help organisations maintain optimal network performance for remote working employees at scale across the region.

Businesses need to become more agile. Network managers need to keep this in mind whilst implementing holistic monitoring software to ensure complete network availability for all employees 24/7. It’s not an easy balance to maintain, which is why they need 360-degree visibility into what is on their network, where it is on their network and how their network is changing.

Enterprises should be keeping a constant eye on all of their critical IT resources. Detecting system failures or performance issues immediately minimises downtime and its economic impact. Through many built-in mechanisms for notifications, enterprise infrastructure monitoring provides early warning of unusual, suspicious activity on the network.

Despite the size of many Australian enterprises, some still lack a centralised view of their entire network and they seem to be dependent on multiple disparate monitoring tools for insights. These point solutions are failing enterprises because they are leaving gaps in the visibility of their entire infrastructure and it results in a ‘scattergun approach’ to monitoring their enterprise network rather than a unified one.

A sophisticated level of centralised enterprise monitoring allows IT teams to have real-time interaction with the network as they are notified of actionable insights that will avoid problems and optimise the network’s performance.

There have been fundamental shifts in where business processes run and how they’re accessed and all of this is changing how enterprises connect their locations, how they think about security, the economics of networking and what the IT teams that look after them are responsible for.

With 5G unable to deliver on its ultra-high-speed connectivity promise just yet, we will still see a lot of high-speed wireless traffic offloaded to Wi-Fi 6-enabled networks. Soon there will be even more pervasive, high-speed, secure wireless connectivity opening up new business opportunities in all industries, including health care, energy, transportation and manufacturing.

In combination with the improved performance of both Wi-Fi 6 and 5G, we are in for a period of extraordinary innovation in access networking. Unfortunately, this creates more significant challenges for enterprises to know what’s on their network, where it is and its purpose.

With software that profiles and classifies devices, endpoints and applications on a network, it can automatically place the devices into virtual networks, enabling the correct rule set to protect them and identify security issues exceptionally quickly.

Wireless networking equipment can collect data on how people and things move through and use physical spaces, for example, IoT devices in a business or medical devices in a hospital. That data can directly help building operators optimise their physical spaces for productivity and ease of navigation, or even to improve retail sales.

Ultimately, monitoring systems will be able to remediate issues independently or file their help desk tickets. Automation will become increasingly important as enterprise networks become exceedingly complex regarding their size and number of connected devices.

In the meantime, centralised enterprise infrastructure monitoring that scales to large IT environments with thousands of devices and systems across multiple locations will provide an easy way to gain visibility and control of increasingly complex infrastructures.