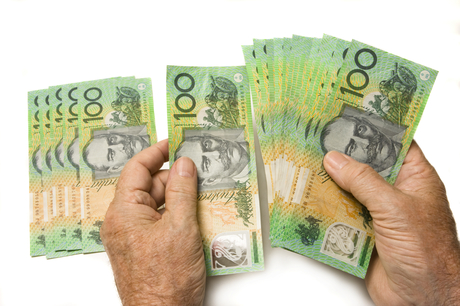 US federal regulators are investigating whether Microsoft and some of its business partners bribed government officials around the globe in return for software contracts.

Lawyers from the US’s Justice Department and Securities and Exchange Commission (SEC) are “examining kickback allegations made by a former Microsoft representative in China, as well as the company’s relationship with certain resellers and consultants in Romania and Italy”, the WSJ said.

The tipster in the Chinese part of the investigation has alleged that an executive from Microsoft’s China subsidiary told them to offer bribes to government officials in return for signing off on software contracts, according to the WSJ.

The Romanian and Italian allegations are of a similar nature and also include Microsoft business partners.

The investigation is reportedly in early days, and the US hasn’t actually accused Microsoft or any of its business associates of any wrongdoing, and charges may not be filed.

“In a company of our size, allegations of this nature will be made from time to time. It is also possible there will sometimes be individual employees or business partners who violate our policies and break the law,” the blog read.

“Our responsibility is to take steps to train our employees, and to build systems to prevent and detect violations, and when we receive allegations, to investigate them fully and take appropriate action. We take that responsibility seriously,” he said.

Executives from Apple, Microsoft and Adobe faced questioning over recent weeks at a federal government inquiry into why Australians are charged more than those in the US for identical products.

Matt Levey, Head of Campaigns at consumer advocate Choice Australia, said prior to the inquiry: “We have heard all sorts of excuses from the tech companies, like claims that Australian wages, rent and taxes are too high and that our warranties are onerous. Our research shows that none of the excuses stack up and the only conclusion is that the technology companies are greedy.”

Microsoft and Adobe both said that web-based, subscription versions of their software are priced more fairly in Australia.

Adobe’s ANZ MD, Paul Robson, said a range of factors accounted for the price discrepancies in physical copies of the software.

“There’s a cost associated with traditional boxed product that you simply don’t have when you deal with products and technology via the cloud,” Robson said.

“The cloud doesn’t require the [optical] media to be created, the box to be built from cardboard, to be wrapped in plastic, to be put on a pallet, to be put on some form of transportation, to be shipped to the country, to be shipped out to retail partners that employ bricks and mortars and staff and training to sell it onto end customers.”

The vendors could not satisfy MPs on why physical and downloadable versions of the software carried the premiums that they do.

Microsoft Australia’s MD Pip Marlow said: “If we price our products too high, our customers will vote with their wallets and we will see our sales decline.”

“You'll charge as much as the market can bear,” Jones said. “Microsoft can charge what it likes and the small businesses of this country have to pay because there is little alternative.”

Australia’s 10% GST is responsible for “a great deal of confusion and has resulted in some inaccurate conclusions regarding our pricing”, King said.

But according to itnews, even when excluding GST from the equation, Apple’s 16 GB iPhone costs 15% more in Australia than in the US.

He also sought to distance Apple from the shelf prices of some products, saying that retail partners were free to set prices however they chose.

When it came to price discrepancies on downloadable content on iTunes, King placed blame on content owners, who he said often place higher wholesale prices in Australia - prices that Apple had to respect.

“In this digital age, the content industry still runs with old-fashioned notions of country borders or territories or markets,” King said.

“When that song is licensed by iTunes for distribution, a condition that we must honour is to match that song to the territory where the rights are applicable.”