PCEHR under review, but is it “unfixable”? 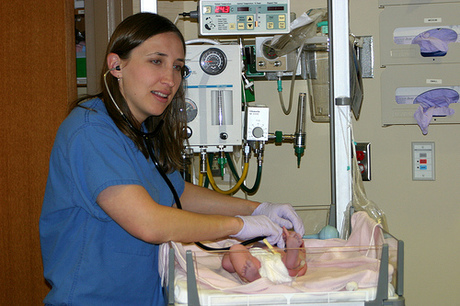 Decrying poor take-up rates among Australian clinicians despite the $1 billion spent on the system, the government scheduled the review to explore options including inviting private sector involvement in the provision of the electronic health records.

Announcing the review, Minister for Health Peter Dutton said the PCEHR program has failed to attract enough doctors to participate. A year after the system was introduced, he said, only a “fraction of Australians” have established a record and just a few hundred doctors have added a Shared Health Summary.

“This defeats the purpose of having a national, electronic system that is meant to help save lives. The government fully supports the concept of electronic health records but it must be fit for purpose and cost effective,”  he said.

The panel will take submissions from stakeholder groups and the general public, and will report back to the minister by mid-December.

Review terms of reference include the level of use of the PCEHR by healthcare providers, barriers to increasing its usage in clinical settings, as well as clinician and patient usability levels and ways to incentivise increased usage of e-health records.

It will also examine the role of the private sector in providing e-health record solutions and the policy settings required to enable private companies to develop these solutions.

Dr Hambleton told ABC’s Radio National that while around 900,000 people have signed up to the PCEHR, it only contains about 5000 pieces of useful clinical information. “And that’s the problem.”

He added that while the Department of Health has spent a long time setting up controls for the patient, it has neglected to make the system easy to use for clinicians, the users of the PCEHR system.

Clinicians have been turned off by the complexity of the system, the lack of interoperability and the difficulties involved in going through a line-by-line summary of treatment history, he said. But if the system can be improved and simplified, and a common system adopted, he believes the PCEHR project can be turned around.

United General Practice Australia (UGPA), a coalition of seven medical industry bodies including the AMA and the Royal Australian College of General Practitioners, last month called on the government to make clinical utility an urgent priority of the PCEHR.

In a statement, the UGPA said GPs have identified “significant issues” with the lack of standardisation and the usability of the system. The UGPA wants GP input into every level of PCEHR development, including planning and implementation.

“E-health and the PCEHR have the potential to transform Australia’s health system and provide superior, safer and more efficient healthcare to all Australian patients. UGPA members believe that this potential will only be fully realised if there is meaningful clinical engagement at a grassroots level,” the statement reads.

But David Glance, director of the Centre for Software Practice at the University of Western Australia, is less optimistic about the prospects for the PCEHR. In an opinion piece on The Conversation, he asserts that the project is “unfixable”.

“It’s unclear whether the review committee is to decide whether to scrap the project altogether or to try and fix it,” he wrote. “Hopefully it is not the latter because if the past year has taught us anything, it is that this is not a fixable problem. It needs to go.”

The crux of the problem is the GP is responsible for uploading accurate and up-to-date patient data to the records, and will be held responsible if anyone else acts on the data and something goes wrong, Glance said. But the GP has no control over who the record is shown to, the data a patient can show and hide, and how it is subsequently used.

“This is ultimately a very big ask of time-poor GPs who may never see any tangible benefits from these efforts but face very real risks. Under the current Australian fee-for-service remuneration scheme for GPs, there is no way to convince them otherwise. Specifically paying GPs to add this information would not work either, as GPs would still have to be convinced that the time spent curating the information was more valuable than seeing another patient.”

Glance recommended that the government scrap the PCEHR and redirect effort to implementing standards such as health identifiers and information exchange systems that underpinned the system.

IBRS advisor James Turner added that setting the stage for a successful e-health system in Australia will be a complicated process that requires lots of preparation.

“First, we need to get the medical community, and this includes all those GPs across the country, to be computer literate. For all those computers connected in doctors’ surgeries, how many have up-to-date antivirus running? How many have automated backups of their data? How many have tested these backups? This is all basic stuff, but we also need this level of security literacy in place before we can hope medical professionals will embrace electronic health records.”