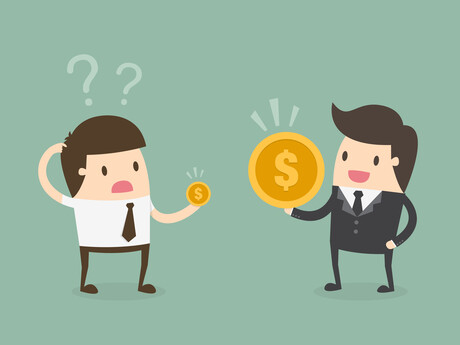 New research suggests that one-third of Australian employers believe remote and hybrid workers should be paid less than their in-office counterparts and that one in five see remote working as an obstacle to career progression.

The Recruit, Retain and Grow report — commissioned by video and voice conferencing vendor Poly — examines how prepared organisations are for the future of work and covers everything from recruitment and retention to hybrid strategy, workforce and wellness. It surveyed over 2500 business leaders globally, including from Australia.

Recruitment and retention is an issue

The pandemic has created recruitment and retention issues for organisations, with more than half of survey respondents (or 53% in Australia) believing that addressing hybrid work processes and plans is central to keeping staff and attracting new talent.

Despite almost three-quarters (72%) of organisations recognising an increase in productivity because of hybrid working, 74 per cent believe working from home has made fostering a work culture more difficult.

Fifty-eight per cent of organisations have seen a greater staff turnover since the start of the pandemic, with exiting employees disclosing the top reasons for leaving as follows:

Among Australian respondents, the key reasons for leaving include:

Strategy and equality are misaligned

Less than half (48%) of all organisations (43% in Australia) are fully prepared for agile working, while 38 per cent in Australia are only prepared in the short term.

Almost half (49%) of Australian organisations think that hybrid working is a blip, with 20% of employers currently demanding workers return full-time — compared with 24% in the Americas and 17% in EMEA.

Other prominent Australian employer perspectives include:

Seventy-two per cent of global surveyed companies saw an increase in productivity as a result of the shift to hybrid work, with an average increase of 27%.

On a regional basis (APAC 62%, EMEA 61% and Americas 56%), organisations believe that if employees aren’t in the office, they won’t build the relationships they need to progress their career. This figure is substantially lower for Australia (21%) when viewed on a national basis.

The changing face of companies... and how to develop a hybrid strategy

Sixty-two per cent of Australian organisations believe that the office is no longer the ‘face’ of the company, now that many employees work from home. Poly’s report says technology and experience is regarded as a point of difference and that expanding the quotient of available spaces (rather than defining space as virtual, offsite, remote or hybrid) is the key to developing a robust hybrid work strategy.

Well over half (68%) of Australian respondents are redesigning offices to feature more open plan areas, collaboration spaces, quiet zones and spaces for socialising. Investment in cloud software and collaborative tools is on the rise.

The ‘Recruit, Retain and Grow’ report can be downloaded from the Poly website here.

Only 22% of Australian consumers trust AI

New research from Accenture highlights a growing disconnect between attitudes about the use of AI...