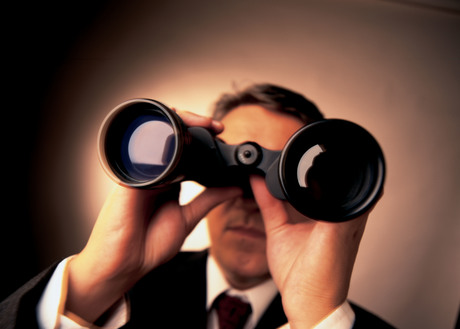 Welcome once again to The Week in IT, where we deconstruct the more interesting IT tales from the previous seven days.

Stephen Conroy, the Australian government's ICT top dog, has been known to deliver quotable utterances and the occasional F-bomb on camera. This week marked a return to the limelight for Conroy, with the minister offering some colourful comments to the Columbia Institute for Tele-Information conference.

Conroy told the conference that he has "unfettered legal power" over telecommunications regulation in Australia. That seemingly megalomaniacal comment in itself might be cause for concern, but Conroy's preceding statement is perhaps more notable:

"If I say to everyone in this room 'if you want to bid in our spectrum auction you'd better wear red underpants on your head', I've got some news for you. You'll be wearing them on your head," he declared to the audience.

Voice+Data will keep an eye on Australia's telecommunications executives, and if any should don red underpants on their head in the immediate future, our readers will be the first to know.

Quigley to be shafted?

Turnbull said Quigley has "never built a network, he's never run a network". Quigley should not be running NBN Co, Turnbull said, because "this is essentially a construction job".

The opposition leader went so far as to imply he would replace Quigley, should the opposition take power in the next federal election.

"I think getting some new management there is going to be absolutely critical," he said.

New Zealand Prime Minister John Key has apologised to Megaupload founder Kim Dotcom following the revelation that New Zealand intelligence unlawfully spied on the file sharing magnate during an investigation into Megaupload and its executives.

NZ's intelligence agency, the Government Communications Security Bureau (GCSB), spied on Dotcom in the years building up to his arrest earlier this year. This spying was an illegal act: the GCSB is forbidden from spying on New Zealanders and Dotcom gained New Zealand residency in 2010.

This snafu may further jeopardise US efforts to extradite Dotcom to the states to face criminal copyright infringement charges. A New Zealand court ruled in June that the search warrants used to gather evidence related to the charges were illegal.

To his credit, Key apologised, saying of the mistake: "It is quite a basic error. [The GCSB has] failed at the lowest hurdle. It's quite frankly not good enough."

"If they had done their job properly they should have worked it out," Key said. "I'm personally disappointed. New Zealanders should be very disappointed. They have failed on the most basic of levels."

Has a bureaucratic bungling stymied NZ's efforts to buddy up to its bigger, stronger, cooler brother, the USA?