The Windows XP countdown is on 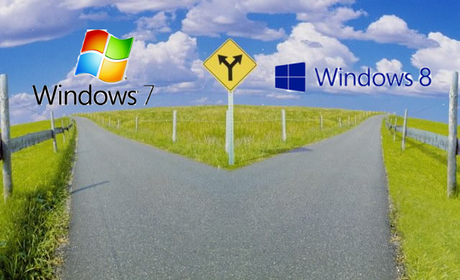 Next April, Microsoft is ending support for Windows XP. Since its release in 2001, Windows XP has gone on to become Microsoft’s most successful operating system release. But that popularity means that many customers now have to map a migration path to their next desktop system.

Rhys Evans, from Thomas Duryea Consulting, says that there is still a lot of Windows XP in use across businesses. “Even organisations that say they’ve moved to Windows 7 have moved maybe only a quarter or a third of their fleet. They haven’t transitioned the entire business across,” he says.

This is interesting as it creates something of a dichotomy in what we’re hearing across industry. While Microsoft often quotes information in terms of the numbers of businesses that have shifted to Windows 7 or Windows 8, the reality is that those migrations may only be partial. Significant volumes of Windows XP desktops are still running in enterprises.

Moving from a reliable platform that’s been in place from over a decade presents some challenges. Evans said that applications are often the first sticking point. “Windows XP is quite an old operating system. All the applications people are using are old as well. So, it’s about making sure the applications work.”

There are a couple of strategies that can be employed in resolving these challenges. Firstly, compatibility issues can be remediated either by looking for upgraded applications or taking advantage of application virtualisation tools such as Microsoft’s App-V, VMware ThinApp or Citrix to deliver applications remotely.

Migrating to a new operating system is also a good opportunity to consolidate and remove applications that duplicate functions. For example, if you’re running different graphics suites then this can be a good time to reduce the number of options for users. In addition to simplifying the upgrade process, you might be able to negotiate better licensing arrangements through increased volumes of one application.

It may be tempting to try and take your existing environment and make it work in Windows 7 or 8. Evans advises against this. “When you’re looking at this kind of project, don’t do what you did before. Don’t just take what your current policies are and your current desktop system and rebuild it in Windows 7. The world has changed in terms of applications, the types of hardware you have and, potentially, your entire business model has shifted.”

Chances are that Windows XP deployments would have occurred against a Windows Server 2003 backend. There have been many changes in the way best practice Active Directory works over the last few years. Interestingly, companies that prepared for a shift to Windows Vista - perhaps the least popular Microsoft operating system since Windows ME - and updated their Active Directory to accommodate new features are well placed for a shift to Windows 7 or 8.

“A lot of people have their Active Directory broken down by physical office locations. In the new world of how we deploy Windows 7 and Windows 8, it’s less about users’ physical location and more about their role in the business. We try to restructure OUs [organisation units] so that policies are based on roles inside the business rather than physical location,” said Evans.

With the deadline 8 April 2014 looming, one of the big questions is whether to move to Windows 7 or Windows 8. We see Windows 7 as the safe bet. The interface is familiar, application compatibility with Windows XP is solid and it will run on just about any computer that could handle XP.

“What we saw in the market was that if you’re moving from XP to Vista or Windows 7 the transition wasn’t very hard. The biggest transition for users was Office - we went from regular office to the Ribbon. And the Ribbon was what really caught out users,” according to Evans.

If you’re still not certain which path to take, Evans’ advice is clear. “Engineer for Windows 7, build and start trialling for Windows 8. What we’re seeing is that the market is concerned that Windows 8.1, Windows Blue, is on the horizon.”

Windows Blue hasn’t yet been officially announced but there are rumours that the Start menu will return and that there will be an option to revert to the familiar desktop interface. If that happens, then the transition to the more recent platform might be simpler.

For businesses moving from Windows XP, another issue to consider is the entire deployment process. When Windows XP was released in 1999, the typical deployment model was based around software images that were either loaded by the IT team when the hardware was deployed or by the vendor during production. Since then, deployment tools have improved markedly with remote deployment of everything from the operating system to applications potentially automated.

This creates an opportunity for IT departments to revisit how they deploy systems. If you’re still deploying applications manually and using system images, the shift to Windows 7 or 8 provides an opportunity to modernise your processes. Although this may add complexity to your upgrade project, it simplifies management of systems in the long run and frees up your resources to do higher value tasks rather than spending time installing images and applications.