US investing in quantum tech at Sydney Uni 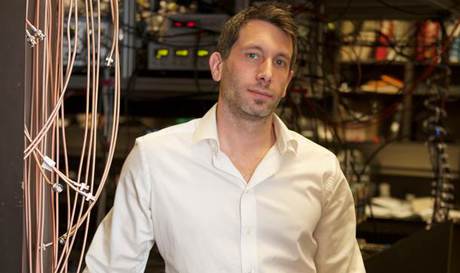 The University of Sydney, as part of an international consortium, has been awarded a multimillion-dollar grant for research in quantum technology from the United States Office of the Director of National Intelligence.

Associate Professor Michael Biercuk’s (pictured) Quantum Control Laboratory at the university is the only team based in Australia that has been selected for funding.

The consortium will look at helping to deliver a logical qubit (quantum-bit) based on trapped ions as part of the LogiQ program, which belongs to US government agency Intelligence Advanced Research Projects Activity (IARPA).

“Ions represent a fantastic platform helping us to learn how we can exploit the most exotic phenomena in quantum physics as resources powering a new generation of technologies,” said Biercuk.

“There remain enormous challenges bringing any quantum computing technology to reality, but trapped ions have demonstrated the critical building blocks essential for this effort, decades ahead of other proposed technologies.”

Quantum computing promises dramatic advantages over conventional computation, but progress has been stymied by the fragility of systems obeying the strange rules of quantum physics. The LogiQ program aims to overcome these challenges by effectively stabilising the quantum hardware.

“A logical qubit is considered a holy grail in quantum information,” said Biercuk.

“The concept underlying this program is that delicate quantum states can be preserved indefinitely — and put to work performing useful computational tasks — if the information they carry is physically spread out over many qubits.” 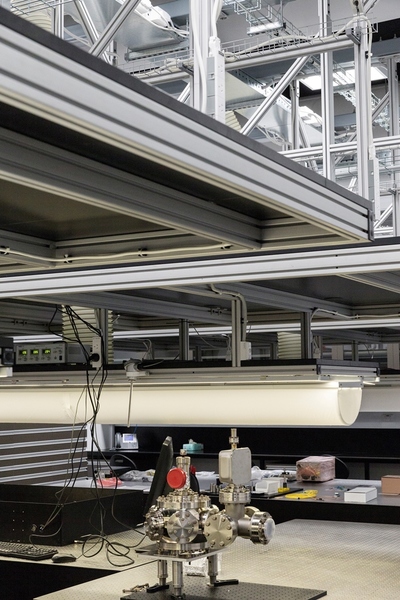 Integrated shelving permitting heat-generating equipment to be segregated from the most sensitive components of experiments in quantum technology. Image courtesy of the University of Sydney.

Biercuk’s Quantum Control Laboratory was sought out for its expertise in combining quantum physics with control engineering in order to make the quantum hardware more resilient to error.

The techniques this group has pioneered in this area earned Biercuk a Eureka Prize for Outstanding Early Career Researcher in 2015, and his related collaborative work on quantum simulation with trapped ions has been named the number-eight “world-changing experiment” by BBC Focus.

“US agencies interested in how quantum technology can be applied to problems in intelligence and security provide the majority of my group’s research support,” said Biercuk.

“They seek our expertise — and that of my colleagues in the Quantum Science Group — in learning how quantum systems can be coaxed into performing useful tasks and put to work in technological applications. While the primary interests relate to quantum computing, this research topic has broad impacts on a wide range of futuristic quantum technologies.”