Will Microsoft survive the challenges of the next decade? 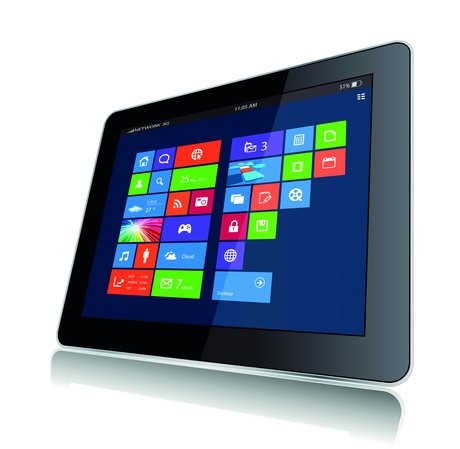 It seems there are now two Microsofts. The first, as it is characterised in the technology industry and related media commentary, frequently misses opportunities - it ships outmoded, overpriced products to a market that doesn’t want them anymore. It has not innovated and is usually outsmarted by its rivals.

The second Microsoft - the one known in the financial sector - has strong fundamentals, good products, very strong revenues and has worked through management challenges and is looking forward to a good future. The sentiment amongst financial observers is bullish on the stock, and the company is a strong buy recommendation.

These two Microsofts can’t be the same. The reason there are two versions of the corporation is that it depends on the perspective and the reading that is given to particular items of data, whether that is sales shipments or revenues. In turn, how that individual information is transformed into a whole corporation narrative colours interpretation. For example, the primacy of the desktop - upon which Microsoft’s current business hinges - has waned, but the finances of the corporation do not directly reflect despair or a trend to very negative terms of business directly correlated to falls in PC sales. Interpretation of Microsoft rests on relative magnitude and degrees, not absolutes.

The technology industry picks on specific Microsoft products, which have been either late to market or poorly performing. In general terms, the technology industry tends to extend a negative product instance into a whole-of-corporation failure - which makes for dramatic, though not very accurate, commentary.

The financial industry, on the other hand, interprets Microsoft through the numbers alone. The return on equity, earnings per share, and operating revenues, for instance, are base guides for performance and market competitiveness, and they are very strong across the main measures. The financial analysis is valid and fully qualified but the technology perspective points to weaknesses that Microsoft has to fix. (There is insufficient space here to offer the alternative view that the focus on quarterly returns and earnings per share is the reason product innovation and other core business strategies have not performed well; that, in other words, the business is too financially motivated.)

The dichotomy in perceptions over Microsoft matters for customers. An accurate version of the company is important because an unflattering depiction of its situation may influence strategic decisions on the implementation of products and services. In this sense, Microsoft is a strategic partner with many organisations that use the vendor’s products. Just as in any risk analysis, the vitality, innovation and competitiveness of a major supplier are factors that affect long-term arrangements with a vendor.

If the technology industry views are to be believed, Microsoft may not exist within a five-year period. The financial analysis, however, tends to support a more durable and vital future for the company. If the latter perspective is correct, organisations can be confident on the outlook for many years ahead. Microsoft’s record revenue for the December 2013 quarter showed that its Surface and cloud offerings were attractive.

Unlike other vendors that have collapsed rapidly, Microsoft is large and extensive and - due to its scale - has unusual capabilities that can help it withstand steep competitive erosion through, for example, legal devices, or through market strategies such as pricing. It has billions in cash that can be used to buy companies and enhance its products. The marketing cloud addition to its CRM suite, Dynamics, which will be phased in over 2014, is one such example.

An ongoing theme in the technology industry’s perspective of Microsoft is based on direct technology performance, the value of the products and the experience of many customers. On those three criteria the company has a mixed report card. Relative product performance, value and competitive pricing can be debated endlessly. It is a fact that - even removing the bias that enters such debates of vendor versus vendor - Microsoft must rectify weaknesses in its products portfolio; it must have a clearly articulated evolution for the future and must also be able adapt to changing business environments.

Demise is not imminent

Even with its endemic strengths, Microsoft has one of the most difficult tasks ahead - managing change across its operating markets, the technologies, its financial models and even through to management. Large corporations don’t manage change well - not before it becomes apparent to the executive that procrastination is not acceptable to the shareholders. In its last earnings call of October 2013, Microsoft accepted that it was on a path to change. But it has to be better at communicating what it can do because perception is the most elastic element of brand quality.

Microsoft is a complicated organisation to deal with and some customers have decided to end their agreements with it. There are several reasons customers find other suppliers. For some, the cost of using Microsoft’s products and services may be marginally higher. As the vendor gradually modifies its business model, customers should try to make the vendor endure any cost disadvantages. Should that action be widespread and have an impact on operating costs, Microsoft may alter practice as a result of customer action. Such a degree of influence is likely to be greater from US customers rather than Australasian.

Organisations can look forward to a continuous working relationship with Microsoft, but need to consider three things: the cost and durability of being locked in with the company on several platforms over a 10-year period; the flexibility and agility that may be realised from other options; and that both courses of action mean accounting for business processes and costs, including opportunity costs.

In conclusion, debate over Microsoft’s mixed record of successes and slow innovation during the last decade has incited conjecture as to its long-term durability. As many highly successful vendors have disappeared very quickly, it is reasonable for some to wonder if the same might happen to Microsoft at some point.

But while Microsoft has been ‘disrupted’ in the sense that it has not adjusted smoothly to new conditions, its demise is not imminent. Yes, the corporation has to fix several parts of its business, which will not be easy, but it is financially sound and growing. Microsoft customers need not fret over its longevity. However, they ought to examine how much they depend on Microsoft and perhaps consider other flexible options over the next five years.

*Guy Cranswick is an IBRS advisor who covers Google (Apps and Search), broadband/NBN, Web 2.0 technology, government and channel strategy, including areas of business productivity. He has worked both in Australia and overseas for many major analysis firms.