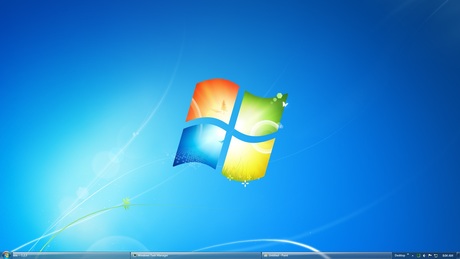 Microsoft will discontinue ‘mainstream support’ for Windows 7 in January next year, and will provide the much leaner ‘extended support’ until 2020. But approximately one quarter of the world’s desktop PCs are currently running the ageing Windows XP, which has already passed its extended support cut-off date.

According to Microsoft’s support website, mainstream support for all versions of Windows 7 will cease on 13 January 2015. This includes Windows 7 Enterprise, Home Basic, Home Premium, Professional, Starter, Ultimate and any corresponding ‘N’ versions like Enterprise N or Professional N.

Of the above, Microsoft’s extended support provides only:

You can also get non-security hotfix support during the extended support period, if you buy an “extended hotfix agreement” within 90 days of the end of mainstream support. This 90-day requirement does not apply if you’ve bought Software Assurance or Dynamics Business Ready Enhancement Plan for the product in question.

In other words, post 13 January 2015, when it comes to Windows 7 Microsoft won’t provide no-charge incident support, won’t honour feature requests, won’t provide design changes and won’t honour warranty claims. And if you want hotfixes outside of security patches, you’ll have to open your wallet.

This period of extended support will last until 14 January 2020, five years after mainstream support ends.

It’s worth noting that Windows 7 RTM - ie, Windows 7 without Service Pack 1 (SP1) installed - has not been supported by Microsoft since 9 April 2013. If you never installed SP1, now would be a good time, unless you have some compelling reason not to.

(Alternative OS audit website StatCounter.com claims that 16% of desktop machines were using Windows XP in June 2014, with 55% on Windows 7 and 14% running either Windows 8 or 8.1.)

If you’re looking to grab a copy of Windows 7 - maybe you want to upgrade from XP but aren’t impressed by Windows 8 - you may want to get a wriggle on.

Windows 7 Home Basic, Home Premium and Ultimate can still be purchased if bought on a PC with the OS pre-installed, or if bought through an OEM. This will be the case until 31 October 2014.

Microsoft says it has not yet established the cut-off date for buying Windows 7 Professional pre-installed on a PC or direct from OEM. The company says it will provide one year of notice prior to the end-of-sale date, however.