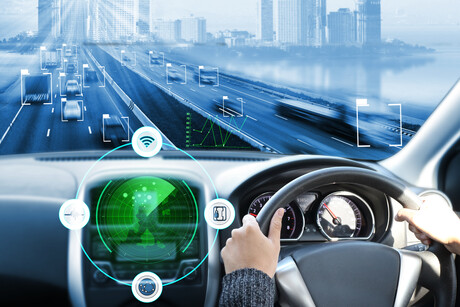 Scientists from the University of Sydney’s Australian Centre for Field Robotics (ACFR) have shown how connected and automated vehicles (CAVs) can see people around corners and even through buildings, as well as dodge running pedestrians using an emerging technology called cooperative perception, or collective perception messaging (CPM).

CPM allows an Intelligent Transport System (ITS) station — or, for example in this research, an intelligent roadside unit (IRSU) — to share local perception information with others by using vehicle-to-x (V2X) communication technology. This technology makes roads safer for motorists and protects joggers, pedestrians and cyclists.

The two-year study involved scientists and engineers conducting three experiments, including a controlled live rollout in Sydney’s CBD. The Sydney test showed how a connected vehicle using CPM sensory information from an intelligent roadside unit featuring high-tech gadgetry including cameras and LiDAR laser sensors can provide a CAV with the capability to ‘see’ through buildings and around corners onto side streets, to detect pedestrians hidden from view.

The third test was performed in a controlled lab traffic environment with a 55m stretch of straight road. Researchers showed how a vehicle stopped for a pedestrian running to make a pedestrian crossing, “although he had not physically entered the crossing yet”. The research findings are being reviewed for publication in the academic journal Sensors.

ACFR researchers have made significant progress in urban vehicle automation during the last few years, and is responsible for a number of successful demonstrations of driverless cars with built-in sensors. Professor Eduardo Nebot from the ACFR noted that despite the advances in sensor technology, the perception capabilities of vehicles with current perception technology is ultimately bounded in range and field of view (FOV) due to the sensor’s physical constraints.

“Hidden from view objects in urban traffic environments such as buildings, trees and other road users impose challenges in perception. Unfortunately, failing to maintain sufficient awareness of other road users — vulnerable road users in particular — can cause catastrophic safety consequences,” Professor Nebot said.

“We demonstrate in the experiments that a connected vehicle can ‘see’ a pedestrian around corners. More importantly, we demonstrate how CAVs can autonomously and safely interact with walking and running pedestrians, relying only on the CPM information from the IRSU,” Dr Shan said.

Research co-author Professor Paul Alexander said the use of CPM and V2X communication technology could be a game changer for human-operated and autonomous vehicles, with the potential to lower per vehicle cost to facilitate the deployment of CAV technology.

“CPM enables the smart vehicles to break the physical and practical limitations of onboard perception sensors, and in the meantime, to embrace improved perception quality and robustness along with other expected benefits from the CPM service and V2X communication,” Professor Alexander said.

A proposed Online Safety Bill will strengthen protections for children and enable the removal of...

Women in AI Awards postponed due to snap lockdowns

The Australia and New Zealand Women in AI Awards have been postponed to 26 March 2021, due to...

Protégé and Micro Focus have partnered for a second year to deliver...

Public sector modernisation: how governments should think about cloud in 2021