Creating a network for the mobile workforce 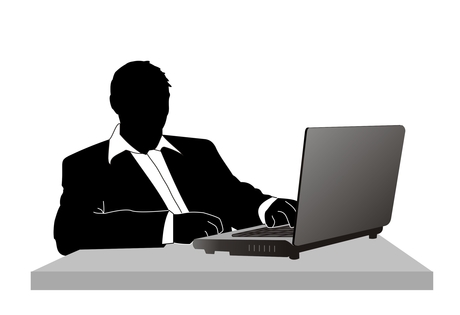 The rapid global take-up in mobile devices has been breathtaking - a trend that is creating opportunities as well as serious challenges for organisations.

Australian consumers have embraced a plethora of constantly evolving smartphones, tablets and notebooks that they use not only socially but also at work.

There is now an expectation among employees that to operate effectively they must be able to use their devices to access corporate networks.

For employers, the benefits of having a mobile workforce are considerable, as it means business can be conducted anywhere and at any time.

However, the rush towards BYOD (bring your own device) is placing an increasing strain on legacy IT systems. Many are struggling to keep pace with changing technical demands and the current speed of business.

Compounding the problem, business-critical applications are competing for space with high volumes of consumer traffic, such as audio, video and social networking.

This raises concerns such as security and appropriate levels of access, and further exacerbates the problems of network performance.

In a HP-commissioned survey by Enterprise Strategy Group in January 2012, nearly half of the 280 networking professionals surveyed nominated network performance as one of their biggest worries.

Performance issues posed by the BYOD trend must be viewed in the broader context of network environments which are under increasing pressure to become more agile and responsive.

The challenge for Australian organisations is to deploy networks that are capable of sustaining future growth.

This doesn’t mean replacing the odd switch or upgrading to a higher bandwidth core. It requires a far more strategic approach with a focus on upgrading the entire network so that it’s no longer an obstacle to success but a key enabler to business growth.

The goal is to accommodate highly dynamic environments and the demands of new traffic patterns - and ideally this must be accomplished without adding cost or complexity to network operations.

Unfortunately, legacy networks simply do not have the capacity to keep up with these rapidly changing business and IT demands. Following are some of the issues:

Switching to a software-defined system

As servers and storage become highly virtualised in the cloud computing era, next-generation networks must be cloud friendly, and capable of supporting rapid growth and handling dynamic business and IT environments.

The stage has been reached in which software-defined networks are not only preferable, they are inevitable.

With new technologies and platforms rapidly emerging, organisations must begin evaluating new architectures and how they fit into the bigger picture.

With data centre networks reaching breaking point, they need to evolve or discontinuity will ultimately impact on business operations and limit growth.

The role of modern networks

With modern IT playing such a critical role in a company’s success, networks must have flexibility and agility to support business objectives. They should also be part of overarching converged infrastructure which embraces compute and storage environments.

The new network architecture must provide sufficient levels of automation and orchestration for rapid software-based deployment of end-to-end services. More specifically, the network must be:

There are multiple benefits from such a software-defined network which focuses on end-to-end delivery of applications and services across all environments.

By understanding the needs and specific characteristics of an application or service - whether it be rich media or a high-frequency trading application - the network can adjust its service accordingly.

The ability to group applications and service types into defined categories allows organisations to dramatically speed up the provisioning process by simply associating a new application or service with a category.

Using orchestration and automation tools for provisioning and reconfiguration is much quicker than traditional manual processes and enables more cloud-like infrastructures.

The result is closer alignment of server, network and storage operations.

Virtualising the network domain by creating a layer of abstraction from the physical network ensures users are able to access almost any service quickly and easily.

Software helps create secure and segmented networks so that the underlying physical network can be reconfigured to deliver the desired type of service from any connection to any connection.

Ultimately, this is all about enabling a comprehensive network solution to deliver applications and services from the data centre or cloud to the end user - no matter what device they are using.