Is software defined networking (SDN) really the future of networking? 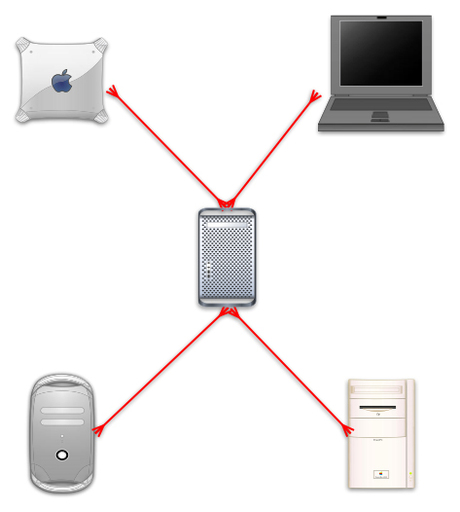 HP’s Mark Pearson presented the opening keynote at the NetEvents APAC Summit held recently in Hong Kong. His theme was ‘Is a Revolution in Networking on the Horizon?’

His address revolved around the software defined network (SDN) OpenFlow and the concept of the ‘virtual application network’.

“We need to stop focusing on the infrastructure’s manual configuration, as that needs to be automated, so we can focus on delivering services. Using policies instead of command line integration (CLI) or scripts will result in having a single pane of glass to manage the network and orchestrate it with the systems administrative tools,” said Pearson, Chief Technologist, Data centre and Core Advanced Technology Group, Networking, at HP.

He says its key role will be in data centre, carrier and service provider markets, and campus-wide networks.

Following Pearson’s keynote address on virtualising the network, a lively debate on whether SDN and OpenFlow are the future of the networking was held. The debate was held by NetEvents’ Manek Dubash and included Bruce Bateman Networking Evangelist APJ, Dell Force10; Dr Atsushi Iwata, Assistant General Manager of Cloud System Research Laboratories, NEC; and Pearson.

OpenFlow is part of the SDN movement, which was created to enable more network administration flexibility. OpenFlow can co-exist with legacy networks. In addition, as more SDN standards are built into networking devices, the more commodity products can be intermixed. The OpenFlow standards body started in April 2011, with members such as Cisco, HP, Brocade, NEC and Juniper. There is also an OpenFlow forum which is customer driven and has no manufacturers among its ranks. Members include Yahoo, Google and NTT.

Google announced in April this year that it has switched to OpenFlow to interconnect its data centres around the world. It is the most extensive implementation of OpenFlow yet, while NTT was the first commercial service to use it.

Pearson said, “APAC countries such as Korea, Japan and China are taking a great interest in OpenFlow. There are deployments already in Brazil, Japan, US and Italy.”

OpenFlow/SDN advocates are proposing that you have a centralised, managed controller, with OpenFlow data plane switches with technology that has the potential to automate configurations to improve network efficiency and reduce the total cost of ownership.

Playing devil’s advocate, debate leader Dubash posed the question: can they do it?

“Because the data centre switch market has an awful lot of inertia in it. There is $6 billion worth of equipment every year, sold into the data centre networking market. Vendors have been consolidating and, at the moment, the last figures that Gartner released were that the top three vendors had 82% of the port shipments. That’s a lot of control in one place. It’s a lot of inertia in the market,” Dubash said.

“In the service provider market, there is $13 billion dollars’ worth of equipment sold every year, and the top four [vendors] have 85% of the market. So, in this context, what can the future of SDN be? Can OpenFlow have enough momentum, or, will these proprietary boxes continue to rule?” asked Dubash.

There are limitations in the current data centre market due to the increasing virtualisation of servers, which is not matched by dynamic network configuration to support those servers.

This makes supporting multiple tenancies - which provide isolation of server, storage and the network for each customer’s tenants - difficult.

According to NEC’s Iwata, OpenFlow/SDN can solve this problem very flexibly. “For example, SDN provides the network virtualisation capability, which provides a slice of virtualised network from layer 2 to layer 4, which provides a flat layer 2 network for each tenant.

Pearson said, “I believe customers are asking for the ability to customise the network. One of the issues faced by the network administrator is [that] the error-prone nature of managing devices one by one is clearly no longer acceptable, especially in the speed it takes to deploy new applications in today’s enterprise. So that’s definitely a driver. Automating the infrastructure, making the network requirements cohesive with the systems administrator is another key important area.”

Commenting on migration in relation to the inertia in the market, Bateman said, “We believe it’s going to be a slow roll, just as virtualisation was. I think we said virtualisation started in the early 1990s and now we are virtualised 50%, so that’s 10 years and we have only gone 50%. We still see the same thing that happened with network virtualisation.”

The participants considered the idea that the debate wasn’t really about technology after all, but more from a financial point of view, where data centre owners who want to reduce their OPEX will have to spend a little bit on CAPEX. This would then make change imperative, where they would be looking for products that support the new technologies such as OpenFlow and OpenStack.

And it’s not going to happen in a hurry, as there are also cultural issues to overcome.

Bateman said, “For example, I am a three-tier networking guy from 1995. I grew up in that era. So that’s kind of what I am used to. We start to say now, well, am I a CLI guy, so you say SDN marks the end of the CLI. We see the change for the next-generation network operator will be more about the business side, not the CLI side.”

“When it’s all said and done then these changes will be very beneficial for data centre customers,” said Iwata.