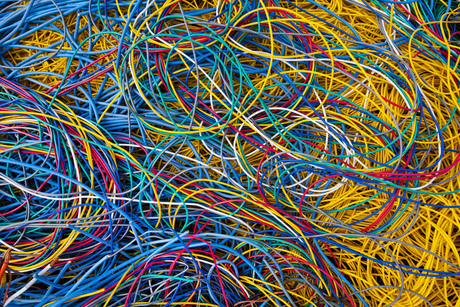 Almost every function within your data centre has been or can be virtualised. Servers, the PBX, storage, desktop clients - you name it, it’s running on generic hardware. But what about the network?

If you’re running a stack of virtual servers across multiple physical hosts, then you’re already virtualising a big piece of your network. The connectivity between those virtual devices is handled through virtualised switching. Commodity hardware using software is doing the job that was once handled by specialised hardware.

At a recent forum, Dustin Kehoe, Associate Research Director for Telecommunications ANZ at IDC, described software defined networks, or SDN, as separating “the data plane from the intelligence or the control plane”. In other words, it shifts the operation of the network out of hardware into software. This offers both increased flexibility - generally, software can be changed more easily than hardware - and control.

However, one of the great benefits that businesses can realise when it comes to applying SDN is in disaster recovery and business continuity. Although you can’t virtualise the fibres and cables that carry data, you can virtualise functions at the connection points.

In a traditional, physical network, the core network was split to deliver connectivity to specific nodes. Then there’s a further division as communications from those nodes is delivered to endpoint devices. It’s analogous to the power system. Large transmission cables carry energy to nodes on the distribution network that brings it to your home or office and then a local network distributes the energy to your appliances.

With SDN, you retain the physical fibre and cables but applications talk directly, via defined APIs, to network services that ensure that data is routed correctly. The intelligence to do this is in software - not hardware as has traditionally been the case.

From a disaster recovery and business continuity point of view, this approach offers some significant benefits. According to Kehoe, during the Tsunami that wreaked havoc across northern Japan in 2011, NTT was able to “move workloads ahead of the brownouts” as network routing was handled through software.

Having spent the last few years transforming infrastructure from the old “one workload per device” model to highly virtualised server farms where one physical device might be handling dozens of workloads, we’re wondering who’s actually using SDN.

Like many significant innovations, the early movers have been large companies. Kehoe says that “AT&T uses it for their internal data centre, project Silver Lining I believe it’s called. We have Amazon and Rackspace are very active in this. We’re counting about 50,000 SDN ports, soon to go up to 100,000, soon to go to 1,000,000. We see these guys very active in Australia.”

Initially, the operators of carrier networks were the first movers as they saw the benefits of being able to dynamically manage loads. But service providers are moving towards SDN as they strive to improve reliability for their customers. We’d expect the next wave of SDN movement to come from large companies seeking to increase the reliability and flexibility of their internal infrastructure, although this will probably be a slower transition, in our view, as there will need to be changes made to applications in order to interface with the network services delivered over SDN.

One of the challenges in choosing to move to a new way of operating is knowing which solution to pick. The Open Network Foundation has developed OpenFlow with a number of vendors as a set of standards that defines the programmatic interfaces for using SDN. While HP is a strong supporter of OpenFlow, with 29 current products supporting the standard, other vendors like IBM with just one OpenFlow enabled switch and Cisco, Juniper and Brocade are hanging back on support for the emerging standard.

Ultimately, the decision for businesses to move towards SDN will be driven by many factors. Cost, business continuity, public, private and hybrid cloud adoption, application architecture and the availability of appropriately skilled people will all drive the decision-making process.

At this stage, we see SDN as an interesting trend that needs regular monitoring.

Anthony Caruana travelled to Thailand as a guest of NetEvents to attend this forum.