Is your new network SDN or CCN? 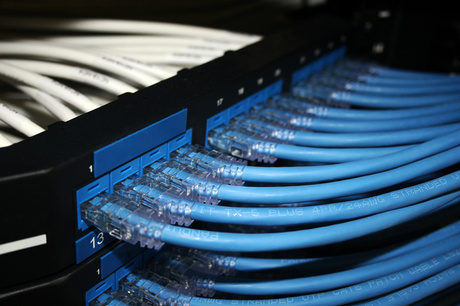 With ethernet now 40 years old, it would be easy to say that most of the innovation cycle is done and that all we have ahead of us is incremental evolution. But is that true? What will your new network look like?

Bob Metcalfe, the inventor of ethernet, used to live in a six-storey townhouse in Boston. The story goes that a student once said something like “I’ve got to work really hard and invent something really cool so I can live in a house like this.” Metcalfe’s response : “You don't understand, I don’t live in this house because I invented ethernet; I live in this house because I learned to sell ethernet.”

And herein lies the secret to seeing where the next round of innovation will come from - follow the money.

David Newman, President of Network Test, said at the recent Ethernet Innovation Forum: “Financial factors have always been a part of driving the history of networking forward.”

But what does that mean? Where is the next wave of changes coming from?

Bruce Davie from VMware says: “For as long as there’s been server virtualisation, there is an equivalent technology for virtualising networks. So that’s the big thing we are working on now, is trying to make it possible to create and manage networks that are created in software and can be provisioned in seconds, just the same way you can create and provision applications in software today, running them in virtual machines, separating away the network services from the underlying physical hardware.”

We’ve looked at software defined networks (http://technologydecisions.com.au/content/networking/article/is-software-defined-networking-sdn-really-the-future-of-networking--479058267) before. While the decoupling of the physical layer and the configuration of networks has been happening for some time, there is more to networking than simply connecting devices. What we are really interested in is access to content and not devices, according to Glenn Edens from PARC.

“One of our most significant projects is around content-centric networking, which focuses on what would a network be if content, and its name, and how you get it, is more important than machine addresses,” he said.

Shezhad Merchant, the Chief Strategy Officer of network monitoring and management provider Gigamon, said: “I think what we are really looking at here is a paradigm shift where disaggregation happens and people are focusing on software and control planes. There is always going to be hardware as well, but a paradigm shift typically is embraced when it is easy to embrace it.”

This is a critical element if you’re looking for what’s next in networking innovation. In a sense, much of the network is already virtualised. Whether you’re running VMware, Hyper-V or some other hypervisor, the connectivity between machines is already managed through virtual switching and routing. However, what the business really wants isn’t connectivity to servers and printers - that nut was cracked four decades ago. The business wants better access to information.

Content-centric networking, or CCN, throws up some interesting possibilities and changes. According to Edens, it’s possible to build a CCN “without any IP addresses whatsoever; we’ve proved that. You basically get into some interesting discussions on how you route on names, but the key thing is you’re dramatically increasing the flexibility of routers by making them include a great deal of memory; so distributing caching and distributing computing into the router are the really key elements to running a large-scale content-centric network.”

If you’re a CIO and you’re defining what your network is going to look like over then next three to five years, then it’s unlikely that you’re going to be undertaking a massive re-architecture from your current state. It’s likely you’ll be looking for incremental changes.

However, what you will need to review is the basic assumptions of your network design. Is your focus on connectivity of devices or on access to information? It strikes us that the abstraction of physical infrastructure from configuration has been in progress for some time as software defined networks move from large service providers and filter down into smaller environments.

We expect the same to happen with content-centric networks. They won’t be prevalent in enterprise networks in the next year or two. But within a decade we expect to see them becoming more common with service providers and large enterprises. Depending on where you are in your planning cycle, you may want to keep that in mind as you plan the next generation of your network.

Anthony Caruana attended the Ethernet Innovation Forum as a guest of Net Events.