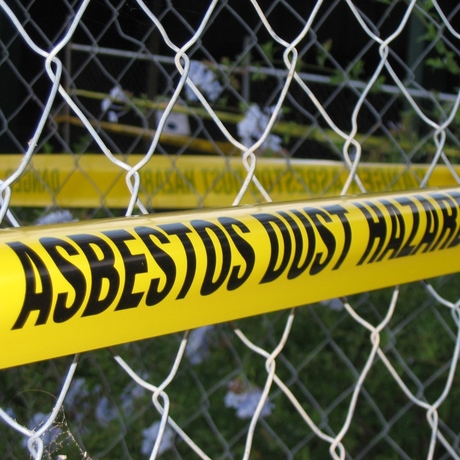 The NBN asbestos debacle has deepened this week, with more dangerous sites continuing to be identified, talk of legal liability, the formation of an asbestos register and the head of one Telstra subcontractor leaving his company following the asbestos revelations.

Over recent weeks, it has come to light that NBN workers working in Telstra’s many communications pits around the country have exposed local residents to deadly asbestos, which can cause cancer and other serious illnesses.

NBN Co is leasing pit and duct infrastructure from Telstra for the rollout of the NBN. Telstra is required to perform work on that infrastructure before providing them to NBN Co.

Much of this infrastructure is old and contains asbestos. Many workers are evidently not obeying proper protocols for handling asbestos and have exposed local residents and children to the material.

Workplace Relations Minister Bill Shorten participated in an emergency meeting in Canberra on Monday with Telstra CEO David Thodey, NBN Co CEO Mike Quigley and others. After the meeting, Shorten announced a national register of network asbestos incidents and a taskforce to oversee safety checks.

Queensland Attorney-General Jarrod Bleijie said the federal government was ultimately responsible for the situation and work on the NBN should be halted across the country, until it was declared safe.

The ABC reported that a bill to set up a new asbestos agency is expected to pass the House of Representatives this week.

The government will set up a register for people worried they may have been exposed to the communication pit asbestos “so that down the track there’s not an argument about whether or not they were there at the time and could have faced exposure”, Workplace Relations Minister Bill Shorten said.

In one recent incident, plastics bags full of asbestos fibres were left just metres from a Victorian primary school by NBN workers.

One contractor involved in the work revealed that dozens of plastic bags full of asbestos were driven around Ballarat for three weeks, before being left in front of a Telstra exchange - next to a laneway used by children to walk to school.

The asbestos remained in place near the school for several days.

Telstra said that about 10-20% of its eight million pits around the country were “at risk” of containing asbestos, but the company was unable to say exactly which pits were at risk.

Telstra’s Thodey has rejected talk of a large legal liability for his company.

“If there is anything to do with the financial implications we have a responsibility to our shareholders. We have already been very clear about that, there is nothing to be said at this point,” he said.

Thodey said anyone who thought they might have been exposed to asbestos following work on the pits and ducts should contact Telstra.

Early last week, Telstra announced an audit on the work practices of contractors working on the NBN.

“We have stopped all new remediation work until the audit is completed on Friday,” Telstra COO Brendan Riley said.

The AFR reported that Telstra had been investigating the issue for weeks at the time the audit was announced.

As of Sunday 2 June, Telstra is still working on its audit, which was scheduled to be completed last Friday.

Union officials want the government to put into place medical tests for anyone who believes they’ve been exposed to asbestos via the NBN sites.

Communication Workers Union (CWU) national president Len Cooper called for medical tests for anyone who thought they’d been exposed to any danger.

The Australian Council of Trade Unions (ACTU) wants more funding for Comcare - a federal government workplace safety agency - so it can afford inspectors to respond to complaints from workers or residents.

The Communications Electrical and Plumbing Union (CEPU) called for Telstra to set up a fund for workers potentially exposed to asbestos.

“The impacts of this mess will be felt decades into the future. Telstra needs to take responsibility for the health impact on its own workers as well as the broader community,” CEPU NSW assistant secretary Shane Murphy said in a statement.

Telstra has set up a hotline for residents concerned about work in their area. The number is 1800 067 225.

Investigators from Comcare are looking into the work, health and safety systems of Telstra and its contractors.

The Department of Education, Employment and Workplace Relations’ Office of Asbestos Safety has been directed to coordinate a national response to the incidents.

News Ltd reported late last week that Stephen Ellich, executive general manager at Telstra subcontractor Service Stream, is believed to have left his company after news broke that homes in Penrith had been exposed to asbestos following work on Telstra infrastructure.

Telstra also suspended its contract with Service Stream, saying: “Leaving any asbestos at a site is completely unacceptable and that is why, when we were alerted to the situation in Penrith, we immediately shut down all works in the area, suspended the contractor and safely secured the sites.”

“The problem is it’s the ... subcontractors that are doing it on the cheap and are endangering lives,” Robson said.

Barry Robson, president of the Asbestos Diseases Foundation of Australia, said that one contractor attempted to reassure a Penrith resident about the asbestos by saying: “You can eat this sh*t.”

David Mier, national NBN construction and project officer at the Communications Electrical and Plumbing Union, said that up to 85% of contractors working in pits containing asbestos in Tasmania had not completed safety training.

“It’s also come to light that, because there’s an online induction (for asbestos handling), some companies are just getting the office girl or lad to do the online inductions,” he said.