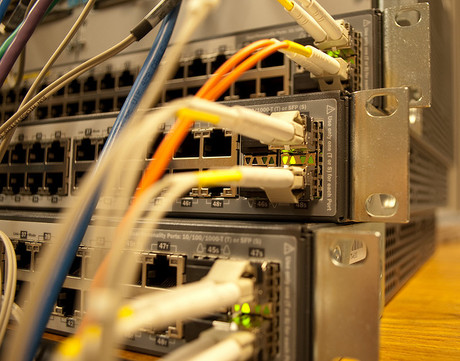 NBN Co has officially pushed the launch date for its fibre-to-the-basement (FTTB) product from October this year to early 2015, but the company is “uncommitted” to the new date.

In May this year, the company’s chief operating officer, Greg Adcock, told the Senate’s National Broadband Network Select Committee that NBN Co’s FTTB product was expected to launch this year.

Adcock told the committee that the “current view” at the time was that FTTB would be available to end users in October, “pending a successful trial which is looking positive”.

He noted at the time that “that view could change: it could come forward; it could go back”.

And according to NBN Co’s Integrated Product Roadmap, which the company published last week, the launch date for its FTTB (which stands for ‘fibre-to-the-building’ in NBN Co’s parlance) product has indeed been pushed back.

The road map - which the company said aims to “provide a coordinated view of customer experience, IT enablement and on-boarding developments with the details of the product feature releases” - has the FTTB Initial Product Release scheduled for the first quarter of 2015.

According to the document, this product release constitutes a “Release of processes and systems for the Initial Product Release of Fibre to the Building Services”.

But the road map describes the first quarter 2015 milestone as “Uncommitted”, suggesting the company may push the launch date for FTTB even further.

Other milestones on the road map - such as a Q4 2014 timing for “VDSL Sandpit Availability” - are listed as “Committed”.

However, even dates and milestones listed as “Committed” in the road map are not guaranteed to be met. The document’s introduction reads: “It should be noted that the forward-looking statements set out in the Integrated Product Roadmap represent NBN Co’s current position at the time of publication. This may change through further development and is not binding.”

One writer at the Australian Financial Review said that the delayed FTTB launch date “will likely lead to more apartment buildings and office blocks being connected to the national broadband network using the fibre-to-the-premise technology favoured by Labor”.

“In December [2014], NBN Co commences business readiness testing with RSP involvement to ensure that the Fibre to the Building product is ready for deployment,” it states.

“In January [2015], NBN Co commences onboarding of RSPs to begin to offer commercial services over the Fibre to the Building access network,” the document goes on.

Unlike the FTTB product launch date, both the FTTB Business Readiness Testing and RSP Onboarding dates are considered by NBN Co as “Committed”.

The document also clarifies the length of the company’s current FTTB pilot.

In March, the company detailed a pilot involving iiNet, M2, Optus and Telstra that would run in the Melbourne suburbs of Carlton, Parkville and Brunswick.

At the time, the company estimated that the pilot would run for three months, during which time “all aspects of the construction, installation, operation, service performance and the overall customer experience” of the FTTB program would be evaluated.

Speaking to the Senate committee in May, NBN Co’s chief technology officer Gary McLaren said that these trials would continue “to the end of the financial year, if not a little bit longer”.

Now, the company’s Integrated Product Roadmap says that the pilot will continue until 31 October.

But, as with the updated FTTB product launch date, the document lists the pilot as “Uncommitted”, suggesting its end date may be pushed back.