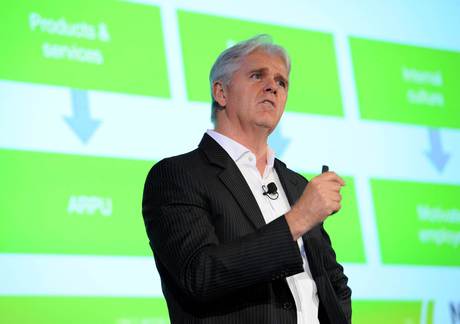 The nbn is poised to have a transformational effect on the Australian economy, triggering a digital revolution that will create 3 million new jobs by 2030, according to nbn CEO Bill Morrow. Despite all the arguments over the direction of the project, there is support for its fundamentals, across all sides of politics, he said.

Morrow made the remarks during a speech at the Press Club in Canberra on Wednesday.

He expressed relief to be speaking at the event rather than “my usual visits where I face a panel of inquisitive Senators who seemed convinced there is something evil lurking within... and they are determined to find it”. But he said he doesn’t mind the scrutiny given that nbn has been entrusted with a lot of taxpayer money.

He said he gets asked all the time why he would willingly insert himself into a project so politically charged by joining nbn.

“I tell them that, quite genuinely, we are changing the digital face of a nation,” he said. “It’s rare that you get to work on something that has the potential to impact every family and business in a country. Even more so, to be a part of moving a country from one of the most underdeveloped broadband markets across the developed world to one of the best.”

Morrow said within the next five years every home and business in the country will have access to high-speed broadband, with 8 million premises due to be connected.

“With so many connected, this creates a natural digital demand and this demand will be followed by an increase in digitally delivered supply. Think of this supply in the form of easier-to-access health services, more broadly available educational services, and more opportunity across every sector, and more potential for every business to expand its market reach,” he said.

“We hear a lot about digital disruption. What I’m excited about is the potential for the nbn to create a seismic digital eruption — an innovation-led economic impetus that not only helps Australia maintain its high standard of living but enables us to lift it even higher.”

He noted that despite all the political controversy over the direction of the network, everybody on all sides of politics agrees that Australia needs better broadband. As a result, there is a broad support for fundamental principles of the project, including that broadband is no longer a luxury but a vital service just the same as electricity and water.

Second, there is wide agreement that the NBN will go a long way towards narrowing the digital divide between metropolitan and regional Australia.

“Despite the unique size of Australia and the sparseness of our population, this country has the resource, and the collective will, to build a network that guarantees an upgrade in connectivity to every single home. Every home. This is something we should be proud of,” he said.

Improved connectivity in regional areas may even help stem the flow of Australians from regional to urban areas in search of jobs, as the nbn will allow many employees to work as effectively in small country towns as they could in cities, Morrow added

Finally, Morrow noted strong agreement that the nbn will help drive retail competition, which in turn will drive innovation, helping to stimulate the economy and create new products, services and jobs.

Morrow carefully avoided commenting on whether he thought Labor’s original all-fibre model for the nbn or the current multitechnology mix rollout model is superior.

But he did dispute commentary suggesting that abandoning the all-fibre plan has left Australia out of step with the rest of the world, noting that the only countries currently going down an all-fibre route are typically those with small land mass and high population density, such as Singapore and Hong Kong.

Morrow noted that new technologies that didn’t exist when the original nbn plan was formulated will mean more than half of Australians will have potential speeds of up to 1 Gbps.

He said nbn is making strong progress with the rollout, stating for example that every Tasmanian premise will be able to access the nbn within the next three years.

nbn will officially launch its fibre-to-the-node product next week and is in the planning stage for 2 million FTTN premises, Morrow said. The nbn satellite due to launch at the end of the month will meanwhile be the first of its kind in the world, with more capacity and advanced technology than any communications satellite in orbit, he added.

“[The satellite] will connect kids to their online schools with more reliability than they have ever known. It will connect farms to their export markets. It will mean a big leap forward in closing the digital divide,” Morrow said.