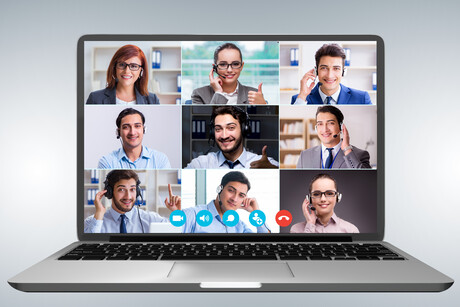 Steps taken by NBN Co and service providers to cope with the surge in traffic resulting from the COVID-19 outbreak left the network performing well in terms of videoconferencing and streaming services, according to the ACCC.

“This report details how well nbn broadband services held up during May when Australians were increasingly dependent on video-calling for work, education and connecting with family and friends because of the pandemic,” ACCC Chair Rod Sims said.

“NBN Co’s decision at the outset of COVID-19 restrictions in March to offer retail service providers 40% extra network capacity for no extra cost was a major factor in preserving the quality of broadband services for consumers.”

Meanwhile, the report for the first time explored the latency performance of the six most widely used videoconferencing services in Australia — Google Meet, Microsoft Teams, Skype, GoToMeeting, WebEx and Zoom.

The research found that Google Meet, Microsoft Teams and Skype, which use servers hosted in Australia, achieved latencies 10 times lower during the month than GoToMeeting, Webex and Zoom, which are hosted overseas.

But the report found that all the videoconference platforms work equally well across both nbn 50 and nbn 100 plan speeds.

Communications Alliance CEO John Stanton welcomed the findings. “High network demand has continued, and this monthly update shows that telcos and network providers have successfully adapted to these changes, providing high-quality broadband connections to Australians at a time when they are needed most,” he said.

“Reliable broadband speeds are an important part of this ‘new normal’ we’re establishing, and we continue to be pleased by the consistently positive results shown in the ACCC’s report.”