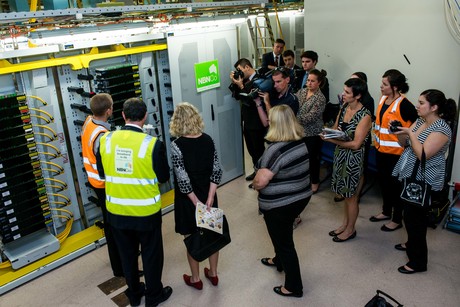 The Australian media went into overdrive last week, with the Coalition finally releasing the details of its National Broadband Network (NBN) model, which it will put in place should the party gain power in this year’s federal election.

Early last week, the Coalition is reported to have leaked its costings of Labor’s own NBN to sympathetic media outlets including News Limited’s The Australian and The Daily Telegraph.

In the costings, the Coalition claimed the cost of Labor’s NBN could double to $94 billion and that the network would actually take four more years to complete than Labor has said.

Should it gain power in the upcoming election, the Coalition will give up Labor’s dream of fibre-to-the-premises (FTTP) and instead focus on running fibre to street-level cabinets, with copper wires or wireless connections connecting the cabinets to premises.

Both parties’ plans also involve satellite and fixed wireless broadband for those who live in remote regions.

The Coalition’s plan relies in some part on access to Telstra’s copper lines - something the telco will charge for.

The ABC suggested to the Coalition’s Shadow Communications Minister, Malcolm Turnbull, that Telstra may play hardball in negotiations over pricing for the copper.

But Turnbull said it would not be in the Telstra’s interests to be difficult.

“I know that it is in their best interest to support the approach we’re taking,” Turnbull said.

“Uncertainty, disagreement, tension with government has never been good for Telstra shareholders.”

Indeed, Turnbull said he was confident that Telstra would play nice.

“I’ve done a lot of deals with Telstra over the years and they know me very well; I know them very well,” Turnbull said.

“I am very confident that we’ll achieve speedily the slight rearrangement to the agreements that we’re talking about,” he said.

And despite criticising Labor’s plan for running fibre to the premises, Turnbull conceded there was a possibility that the Coalition may ultimately need to do that anyway.

Reaction to the Coalition’s announcement has been mixed.

One telco analyst opined that the Coalition’s plan is “much more realistic and could be delivered cheaper and quicker” than Labor’s.

GreenFields Operators Australia said that the Coalition’s plan has the potential to generate hundreds of millions of dollars in fibre projects.

Another writer at The Australian said: “Turnbull’s NBN proposal is cheaper only because he is delaying the last mile of connection to the premises and putting the onus on us to pay for it. Whether that is good policy is the debate we should be having.”

Conroy called the plan “an extraordinary waste of money”.

“Malcolm Turnbull is going to spend $20 billion to build a second-rate broadband network, and yet despite that millions of Australians will get no improvement on what they’ve got today,'” he said.

Independent MP Rob Oakeshott was also critical of the Coalition’s plan, calling it “madness”. Oakeshott supported the Labor government during the hung parliament in the 2010 federal election partly because of Labor’s NBN promises.

Tony Windsor, another independent MP who supported the Labor government on the basis of the party’s NBN promises, was also critical of the Coalition plan.

“My agreement to form government [with Labor] included rolling out the NBN in regional Australia as a priority over the more profitable metropolitan areas already well serviced. It also includes a pricing cross subsidy that sees country people paying the same wholesale price for access to the NBN as people pay in the city,” Windsor said.

“These two benefits alone have levelled the playing field considerably. But now it looks like they will go, with a Coalition Government walking away from the cross subsidisation. Once again, the city-country divide will be opened up.”

The AIIA gave the Coalition policy a mixed review. On one hand, AIIA CEO Suzanne Campbell said: “Given global economic pressures, of which Australia is not immune, we appreciate the Coalition’s judicious approach to value for money. The Coalition’s commitment to deliver the network some two years ahead of the current schedule is also welcomed and is, in our view, critical to Australia’s ability to keep pace with broader global digital economy developments.

“However, we are naturally concerned that the proposed model compromises speed and potentially also the overall quality and longevity of the network. Guaranteed speeds of 25 to 50 megabits per second fall far short of the promised 100 megabits per second to be delivered by the current NBN model,” she said.

And while the speeds promised by the Coalition may be adequate today, they might not be in future, she said.

“This is an area where we must be visionary ... we need to think ahead - ‘far ahead’ to how we want to position ourselves in an increasingly competitive global economy,” she said.

The debate even reached the aesthetics of the equipment the parties would use in their rollouts, specifically the cabinets that would sit on footpaths under both parties’ plans.

One professor at the faculty of built environment at UNSW described the cabinets the Coalition would use as “hideous”.

Turnbull played down the aesthetic impact of the cabinets, saying the difference between the Coalition’s and Labor’s “would not be so great”.