Networks of the future 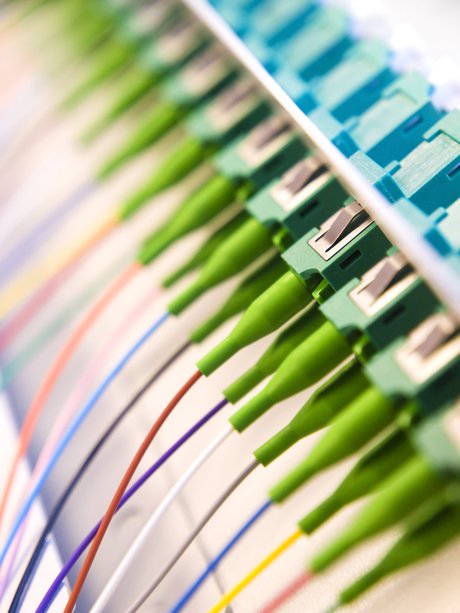 Network managers have access to fast and secure technology that would have been undreamed of only a few years ago. But potential bottlenecks are looming.

Networks. We all tend to take them for granted. They operate almost invisibly, seamlessly connecting us with colleagues and customers whether down the road or across the seas.

Yet although networks have come a long way over the past couple of decades, the boom in data means they will soon need to expand in capacity and capability to levels only dreamed of today.

For instance, a recent IDC Executive Brief showed that Australia’s big data market will expand at a 27.7% five-year compound annual growth rate between now and 2017. The resultant growth in traffic means far more bandwidth will be required.

IDC’s Future of Networks report suggests that, despite the rollout of the NBN, “only 43% of premises will have speeds of 25 Mbps or higher by 2016”, and that “Enterprises will continue to have to throw additional bandwidth at their networks, as well as to add intelligence to these networks - to be able to handle traffic flows, complex application and quality-of-service requirements and to ensure applications align with and are responsive to future business needs.”

To get a feel for the challenges network managers are anticipating in the near future, we spoke with four experts who represent a cross-section of the field.

Frank Ruhl was one of the originators of the global NFV movement when it was launched in Germany at the SDN & OpenFlow World Congress in October 2012. At the time representing Telstra, he’s now an independent consultant with Blue Ocean Networks. He’s seen many changes over the years and sees more to come.

“Yes, networks are under challenge. For service providers this is due to the rapid increase in traffic requiring constant capacity upgrades, and the need to be able to innovate faster in new services to meet the competition coming from over-the-top (OTT) providers, like Google and NetFlix,” he says. “The static nature of the network and the fact that services are tightly linked to specialised infrastructure limits the ability to innovate, compared to OTT providers who deliver their services from a cloud-based infrastructure.

“In addition, there is the uncertainty about future service requirements. Services and business models are changing more rapidly than they used to in the age of TDM-based services,” adds Ruhl. “Hence, a more flexible and application aware infrastructure is required. This is also important in the enterprise world where business models can change and the IT infrastructure needs to have the flexibility to accommodate new business directions, just like the cloud does.”

Looking ahead, what does he foresee?

“The network needs to be more real-time, subscriber and application aware. This requires changes in the network and the associated software systems, as well as the OSS/BSS,” says Ruhl. “If these things come together, and they are in the process [of doing so], then the outcome will be much more automated network solutions and the ability for service providers to offer much more personalised service offerings or enterprise networks to be able to deal more effectively with uncertainty and diversity, and to allocate limited resources more efficiently and where they are most needed.”

The rise of SDN and NFV

Across the Tasman, the man in the hot seat at telco Spark (formerly Telecom New Zealand) is Neil Allison, Head of Network Planning & Design in the Spark Connect team. What would he see if he could look into a crystal ball?

“I wish I had that crystal ball!” laughs Allison. “The technology and data revolution we are living in is driving massive changes in demand. The amount of data being generated now is phenomenal. Every day, it’s estimated that over 500 million photos are uploaded and shared on the internet. According to estimates, by 2020 there could be over 50 billion devices in the world connecting to that data.

“I think we will see a fundamental shift in technology driven by SDN and NFV. This will also help drive a shift in network engineering and the operational competencies that businesses require to meet the ever-changing needs of customers,” he adds. “Part of that will require businesses to have stronger end-to-end service level monitoring and assurance to replace the box-level monitoring and assurance of the past.

“In terms of networks, I think that the economics and elasticity of computing resources that have been achieved in IT need to play out in networks in the same way they have elsewhere in the technology ecosystem,” says Allison. “For telecommunications companies, they will need the enablers that SDN and NFV promise to more cost-effectively meet the needs of customers in a timely fashion.”

To that end, Spark has been making some strategic investments.

“We have made a number of huge network changes in recent times,” says Allison. “These include the major rollout of the first phase of our 4G LTE network inside a year. We have also upgraded our core transport network to a 100GE optical transport network and overlaid a new Carrier Ethernet layer to enhance our network portfolio following the separation from the Chorus network late in 2012.”

Also across the pond is Grant Ardern, CTO of HealthShare New Zealand, which provides IT services to five health boards which, between them, cover a population of around 780,000 people. He says bandwidth presently is not a problem, as it has become so inexpensive in recent years. But it’s not going to stay that way.

“The extended use of video in the next two to three years should not be underestimated,” Ardern says. “Video technologies and standards have come leaps and bounds just in the last two or three years, and I think we’re going to start seeing a whole lot more video traffic - we already are with video on demand. But the use of videoconferencing telepresence is going to - my prediction is that it’s going to increase - and it could end up making bandwidth the problem again.”

But in addition to that, “Network quality is going to become more of a factor than bandwidth,” says Ardern. “In fact, I’ve already seen it - it’s not just a prediction.”

“As the network is about the customers and their services, there is a fundamental challenge facing networks about privacy and security,” he says. “With personalisation increasing, people value a safe and secure environment. The other major challenge is driven by the exponential growth in bandwidth, which drives us to look at the opportunities around sustainability - both environmental and financial.

“With the rapid change of technologies, supporting myriad technologies and faster development cycles is very challenging,” Leong says. “With bandwidth doubling every 18 months, you can no longer be satisfied with incremental improvements - you must find substantial improvements. For example, a 10% improvement in bandwidth will only buy you a handful of months of capacity. We must search for long-term solutions.

“The key to facing this challenge is to take a strategic approach - understand the drivers and develop a key vision to work against. This gives you something to innovate against to find these significant solutions.”