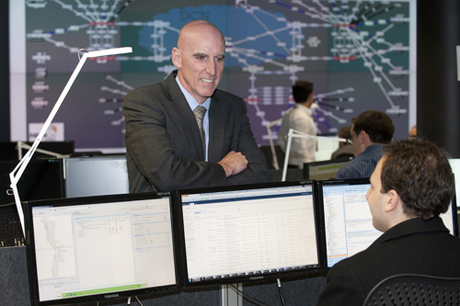 Mike Quigley last week announced plans to step down as CEO of NBN Co, at a pivotal time for the company and for the government’s NBN project.

Quigley will stay on as CEO until a successor can be found and will then return to retirement. In a statement, he said he was leaving after four years at the helm because he had largely fulfilled his remit.

“My job was to lay the foundations for the NBN for the next 30 years. That job is largely complete,” Quigley said. “The role of the next CEO will be to build on these foundations. It is now critical that we further strengthen our partnerships across the construction and telecommunications industries.”

In a doorstop interview, Shadow Communications Minister Malcolm Turnbull painted a different picture, alleging that Quigley had been pushed out by NBN Co chairman Siobhan McKenna.

“McKenna has been trying to get Michael Quigley sacked for several months and she’s finally succeeded - she’s had a headhunter out looking for his replacement,” he said.

“Malcolm Turnbull was given the job by Tony Abbott of destroying the NBN. That was his key performance indicator. It’s one thing to attack a project in the way that he has day in and day out. Here, he has attacked an individual on the day that they’ve announced their retirement.”

Whatever the reason for the decision, IBRS advisor Guy Cranswick said Quigley’s retirement will “probably mean quite a bit for the people at NBN Co. Quigley was the starting CEO and the figurehead of all things to do with NBN,” he said.

“He was a good advocate, and I say good in the sense that he communicated well and was able to do that task, whether one agreed or not with the NBN as a policy.”

Quigley’s departure is coming at an important moment for the project, as the next election will decide the fate of the core FTTH plan.

Ovum Research Director for Asia-Pacific Telecoms David Kennedy said it is unlikely that a successor will be selected before the election, “simply because any prospective CEO will want to know what they’re getting into. That won’t be clear until we know who will form the next government.”

Cranswick said the election and what it means will be the biggest priority for NBN Co going forward.

“A returned Labor government offers surety of the schedule. A Coalition government means a new set of priorities, and therefore restructure of NBN’s internal resources. In either scenario, NBN Co will probably undergo a few changes. The focus and the public position will be to show a very strong rollout schedule.”

Kennedy does not expect the change of guard to have any significant impact on rollout schedules - at least in the short term.

“The NBN Co’s principal challenge now is to stabilise its contractor relations and scale up the rollout. There have been two major slippages in the rollout schedule, and there must be no more,” he said, noting that the contractor management issues can only be resolved in the medium-term.

NBN Co will likely take this opportunity to appoint a CEO with a track record of successful negotiations with contractors, Kennedy added.

Cranswick said NBN Co will probably be searching for a candidate with major protect management experience - and could well look beyond the telecom sector during its search. “The aim would be that the next CEO can galvanise collective energy and work across multiple streams to reach targets efficiently.”