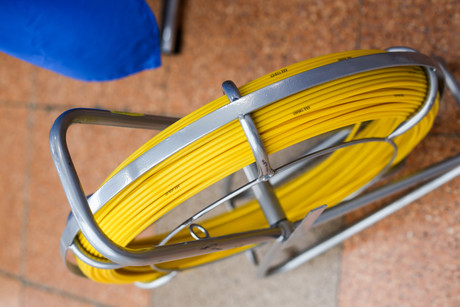 Last week, submissions closed for a parliamentary inquiry into the National Broadband Network. TelSoc, of which I recently became vice-president, lodged a submission prepared by a working group of highly qualified industry experts.

Unless the federal government takes notice of two key recommendations, millions of consumers are destined to continue suffering second-rate broadband for years to come.

This massive infrastructure project is scheduled to be completed by mid-year, although that’s at best a theoretical deadline given that replacing about a third of the fixed-line network will arguably need to begin almost immediately.

TelSoc and our working group argue a bipartisan plan is required to ensure the project is rejigged to meet the country’s current and future needs, and we have called for a 10-year plan from NBN Co. Currently what limited information is provided is mostly restricted to a three-year horizon, which is demonstrably inadequate in terms of modern corporate governance expectations.

According to TelSoc President Professor Reg Coutts: “As we approach the scheduled completion of the nbn in the middle of the year we need to look at how we can improve the delivery of broadband services to all Australians. It is regrettable that such an important infrastructure project has become so mired in party politics. TelSoc believes that the nationwide provision of fast, economical and reliable broadband must be removed from the political playfield. That’s why we support calls for a bipartisan futures plan.”

TelSoc has also called on our governments to ensure we have more robust systems with better backup in case of failure, particularly during major emergencies. We believe that the federal government’s proposed bushfires royal commission should examine telecommunications failures.

As Professor Coutts has noted, communications breakdowns put peoples’ lives at risk. I’d argue that the nbn inquiry should also take a look at this issue.

The key points in the TelSoc working group submission are:

TelSoc has identified other issues we believe need attending to urgently.

The relationship between NBN Co and its retail service providers has been the source of numerous complaints to the Telecommunications Industry Ombudsman and other regulatory bodies. Some of these can presumably be put down to ‘teething troubles’ in the rollout period, but once NBN Co enters the business-as-usual stage there will still be areas requiring significant improvement.

The impact of new technologies, especially 5G mobile services, on NBN Co’s future business viability has so far received little consideration from the federal government, at least as far as we know.

5G speeds will be well in excess of the best that FTTN (fibre-to-the-node) can deliver using old copper wires. If, as is predicted, large numbers of consumers abandon fixed broadband in favour of going mobile, this will further cripple NBN Co’s already lacklustre financial performance.

Of the 10 million premises currently able to be connected to the nbn, only six million customers have signed up. Performance concerns are frequently assigned as a major cause of consumer hesitation.

Commenting further on the nbn inquiry, Professor Coutts said the board “was keen to see positive outcomes that help put the country at the technological forefront as we seek to leverage the benefits of a digitally enabled global economy”.

TelSoc recently launched an initiative called the NBN Futures project to focus attention on key issues as the initial rollout draws to a conclusion. The TelSoc NBN Futures project involves members and invited experts. The group’s future work will include further research into the benefits of universal broadband, both economically and socially.

In my view, if we don’t start fixing the nbn now it may never sufficiently recover to become financially viable and the taxpayer will end up footing a very big bill.

Laurie Patton is a former journalist and media executive, former CEO/Executive Director of Internet Australia and currently Vice President of the Telecommunications Society (TelSoc). Some of the views expressed here are those of the writer and are not necessarily shared by TelSoc or its members.