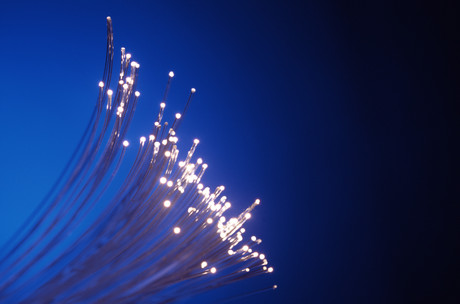 Government policy is the true culprit for the slow speeds and high dissatisfaction with the nbn, not nbn co or the retail service providers (RSP) operating on the network, according to veteran telecoms analyst Paul Budde.

Despite the “blame game” being played by nbn co and its RSP customers, high prices for low speeds are an inevitable consequence of successive governments’ insistence that the nbn makes an unrealistic return on investment, Budde said.

Recently nbn co and RSPs have been blaming each other for slow speeds and performance issues with nbn connections. The dispute surrounds the connectivity virtual circuit (CVC) charge that each RSP pays to nbn co based on capacity required.

RSPs have accused nbn co of pricing the CVC charge too high to allow RSPs to provide affordable high-speed services, while nbn co CEO Bill Morrow has accused RSPs of purchasing inadequate bandwidth to provide the advertised speeds to each of their customers.

“This CVC charge results in retail prices for the truly high-speed broadband products that are well above prices charged for international comparable products,” Budde said.

“The reality of broadband, however, is that most customers make their decision which broadband package they will buy based on price ... If for whatever reason they believe the price is too high they don’t buy it, and this pricing elasticity issue is well known in the broadband and internet industry for well over two decades. Politicians can fabricate a price, but they often fail to understand the market realities.”

As a result, Budde said, customers are not buying the higher speed broadband packages that would differentiate the nbn from DSL or hybrid fibre-coaxial (HFC) broadband services, which leads to disappointment.

Because of the current government’s decision to move from fibre to the premises to fibre to the node for the rollout, nbn co is also relying on ageing infrastructure, which is leading to many technical problems that further impair customers’ experiences, Budde said.

“But rather than addressing the fundamental underlying issue, companies are now blaming each other, as none of the players are brave enough to put their finger on the political problem. Companies are always extremely reluctant to involve themselves in political discussions.”

Budde said the deadlock can only be resolved if the government realises that the nbn rollout is not merely a commercial exercise.

“If it was based on commercial principles, the rollout would first start in markets where they can charge a premium price. The government must realise that they can’t burden the nbn with an unrealistic return on investment,” he said.

Treating the rollout as a national interest investment instead would “allow nbn [co] to create the correct foundation to charge commercial realistic wholesale prices to the RSPs and, based on that lower cost basis, these retail providers in turn will be able to start selling competitive high-speed broadband at affordable prices.”

Internet Australia CEO Laurie Patton likewise said both sides of politics need to “agree that continuing with the current strategy is untenable”, adding that “whoever is in office three years from now will have the biggest ever infrastructure debacle on their hands if we don’t do something soon”.

He reiterated the peak body’s call for nbn co to dump FTTN in favour of the new technology fibre to the distribution point (FTTdp), also known as fibre to the curb.

“The ACCC may be correct in asserting that, right now, CVC charges are the most likely cause of people with FTTN having speed issues. However, fixing the CVC problem will only further highlight the flawed use of FTTN. The simple fact is FTTN cannot deliver very high-speed broadband and will be increasingly outpaced by full-fibre FTTP and even FTTdp,” he said.

“It's also a little unfair to blame the RSPs. They’re in business and they make more money if they keep their CVC costs down. It ultimately comes down to nbn co. It’s their network and they need to have a business model that ensures Australians get fast, affordable and reliable internet. If that’s not happening, then they need to do something about it.”