Teleworking: technology without science or reason 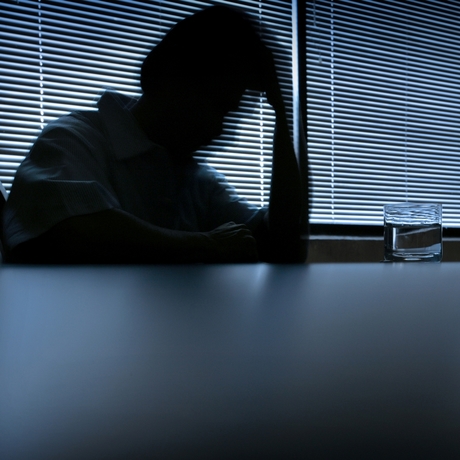 Yahoo! surprised many last week when its new CEO, Marissa Mayer, reportedly decreed that all employees who work from home would soon be required to relocate to the company’s offices - or quit.

“Numerous sources told me that the decree extends to any staffers who might have arrangements to work from home just one or two days a week,” an article from All Things D read. “After that, employees who work from home must comply without exception or quit.”

“Speed and quality are often sacrificed when we work from home,” read a memo from the company’s HR head, Jackie Reses.

Some Yahoo! employees are apparently furious, as they took positions at the company on the proviso that they could work from home. This is particularly true of those who may live in a city where Yahoo! does not have an office.

Some have theorised that the move could be a Machiavellian way to reduce headcount at the company, by forcing people to quit, rather than fire them.

The news came in the same week that Google CFO Patrick Pichette said that his company has “as few [employees] as possible” working from home. He believes that people working from home could be isolated from other staff.

“There is something magical about spending the time together, about noodling on ideas, about asking at the computer ‘What do you think of this?’” he said.

It’s worth noting that Pichette made these comments as part of a talk at Fishburners, a co-working space in Sydney shared by technology entrepreneurs. The location and nature of the talk likely influenced his topic and his words.

But they can still be taken as Google gospel, and it is revealing that both Yahoo! and Google deter their employees from working from home - especially since Google sells tools that allow enterprises to do exactly that.

These reports come as a survey of 900 Australian IT professionals - undertaken by IT recruitment firm Ambition - says IT workers want to be able to “work from home, bring their own devices, purchase additional annual leave and get discounts on gym membership and insurance”.

The news of these tech giants’ opposition to teleworking flies in the face of what the tech industry and governments around the world have been saying for years: that teleworking improves productivity.

A casual observer might point to the apparent reams of research that have been undertaken on the subject confirming that teleworking is, indeed, a Good Thing™. Problem is, most of this research fails to hold up under close scrutiny.

Much of said research is tainted by the interests of those who produce or sponsor it. Most of it is produced or sponsored by the organisations that want to sell you products that enable teleworking or by governments that want to appear progressive by promoting forward-thinking initiatives.

Some of these studies are quite blatant in their bias, acknowledging from the outset that they were undertaken with the intent to find positive results from teleworking programs, rather than objectively assessing the benefits and pitfalls of such projects.

A lot of the government-sponsored research is simply long-winded explanations of how telework is meant to help, rather than empirical observation of whether it really does.

It’s not just the sources of the research that are questionable. Many of the studies undertaken by reputable organisations rely purely on subjects’ reports of their own productivity - a grossly unreliable measure. What does it matter if John from Accounting feels like he’s being more productive at home? What matters is if his work output is objectively any different - and there isn’t enough quality research to say one way or the other.

There is some hard empirical data available on the popularity of teleworking among organisations - but this alone does little to assess the efficacy of telework. It’s a fallacy to assume that ‘if everyone else is doing it, it must be a good idea’.

That’s not to say there’s no good research on the topic. There have been a few studies that are worth reading.

A September 2012 experiment from the Austrian University of Innsbruck examined the effect of teleworking on two types of tasks: creative and dull.

So, the mere fact that a person is in an environment of their choosing may allow them to be more creative - but they may not do so well with tasks they deem boring.

And it turns out teleworking isn’t quite popular as some have made it out to be. A March 2012 study from the UK’s Cardiff University set out to test the common claim that fixed workplaces like offices are a thing of the past. It found that “work is being detached from conventional places of work at a much slower rate than some claims suggest”.

A Stanford report details one Chinese company’s examination of its own teleworking program in its call centre. The nine-month study included 249 staff, with about half working from home while the others stayed in the office.

“Home working led to a 13% performance increase, of which about 9% was from working more minutes per shift (fewer breaks and sick days) and 4% from more calls per minute (attributed to a quieter working environment). Home workers also reported improved work satisfaction and experienced less turnover, but their promotion rate conditional on performance fell,” the report reads.

The results are definitely interesting. However, they have limited generalisability - the study was limited to the company’s call centre and the processes that improved productivity in this environment may not apply to other office environments.

It’s also worth noting that one of the principal authors of the report was the CEO of the company surveyed, raising some questions of conflict of interest. Read it for yourself and make your own judgement.

One meta-analysis of 46 studies found that telecommuting had “small but mainly beneficial effects on proximal outcomes, such as perceived autonomy and (lower) work-family conflict” and “no generally detrimental effects on the quality of workplace relationships”.

It also found that telecommuting had beneficial outcomes on job satisfaction, performance, turnover intent and role stress - which the authors said were at least partially due to the perceived autonomy gained by telecommuting.

The meta-analysis also found that telecommuting more than 2.5 days a week harmed relationships with coworkers (but did accentuate the beneficial effects on work-family conflict).

(Note that the 46 studies in this meta-analysis may have relied on self-reporting for assessing productivity. So, as far as apparent changes in productivity are concerned, the concerns in the Bias section above also apply to this report.)

Where does that leave us?

Many discussions about teleworking work on the assumption that it improves productivity. But that’s not a given. A great deal of the research available on the topic is tainted by corporate and government interests or by potentially unreliable testimony in studies that rely on self-reporting.

That’s not to say teleworking is a bad thing. We just don’t have enough information to say whether it’s truly effective or not, or in what conditions it might be suitable. More objective research is necessary before we make that call.

Until that time (which, honestly, may never come), organisations will need to decide if they employ teleworking initiatives.

If you’re interested in employing wide-scale teleworking, give thought to whether it fits the particular needs of your organisation. Undertake trials and examine the results with objective assessment of changes in productivity - don’t rely on employees’ or managers’ perceptions of change.