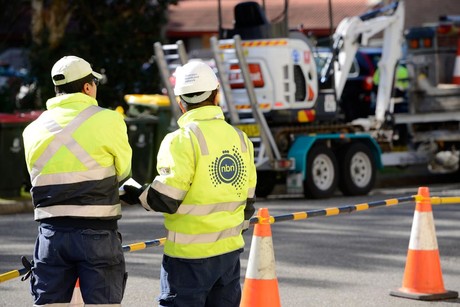 In a post to the Telstra Exchange site to coincide with NBN Co's first wholesale pricing review in two years, Penn stressed the need for a thorough revamp.

But despite these high retail prices, Penn said it is "unprofitable for retail service providers to resell nbn at the current retail prices". Wholesale prices have more than doubled under the nbn and are set to grow even higher, he said.

He called for "fundamental changes to the nbn pricing framework" including removing the separate CVC charge, the fee NBN Co charges for offloading traffic from the network onto retail service providers' networks.

Because CVC overage charges increase as more customers are added to a retail service provider's network, wholesale pricing is expected to continue to increase as adoption of the network increases.

"At those prices, once you add sustainable margins, the risk is that retail prices will increase to a point they become unaffordable for some customers," Penn said.

With its submission, Telstra has joined Vocus and Vodafone NZ in calling for the CVC charge to be scrapped. In its own submission, Vocus said the CVC amounted to "a download tax" that artificially creates scarcity where there is none.

Telstra is also recommending a simplified pricing model for the standard 50/20 Mbps and 100/40 Mbps speed tiers, including a price reduction of around $20, and a lowering of the wholesale price for 250 Mbps and higher superfast services to under $100 per month.

The company is also calling for a voice-only product at $10 per month for low- and no-income customers.

But in his own blog post, NBN Co CEO Stephen Rue called criticisms that the company's business model creates an unsustainable industry "unfounded" and defended its business model, which he said has not changed since 2011.

"We continue to work hard to strike the right balance between creating a competitive environment for internet and phone providers, while ensuring we can create a sustainable business model to allow us to reinvest into the network and deliver the social and economic benefits that broadband promises," he said.

"We continue to listen to industry feedback, to hold regular pricing consultations with our retailers and to amend our wholesale pricing structures when it makes sense to do so. The result of those consultations and changes has seen NBN Co issue significant price reductions in recent years to help the economics of the nation’s internet and phone companies, while also boosting customer take-up of higher speed plans."

Rue said if allegations that NBN Co's business model creates an unsustainable industry were true, retail service providers would not be signing up 40,000 new customers per week.

Addressing Telstra's commissioned study, Rue pointed to research it commissioned from AlphaBeta which found that Australia was the seventh most affordable market for broadband services out of 22 countries.

"We understand that companies have an obligation to be profitable, and that requires doing what they can to lower their costs," Rue said.

Rue also noted that it costs a lot of money both to deploy a broadband network covering the whole of Australia, and to maintain and upgrade it.

Finally, Rue implicitly called out Telstra as being one of the reasons for NBN Co's high wholesale prices in the first place, due to NBN Co's obligations to compensate Telstra for the use of its infrastructure.

"Let's not forget that the sum of all NBN Co payments to Telstra was around $2 billion this year," he said.

"Our Corporate Plan points to a continuing payment to Telstra for access to ducts, dark fibre and facilities of $1 billion annually from FY21, representing 20% of forecast revenues, and continuing for decades after the build is completed. This has an obvious impact on wholesale prices."

Separately, NBN Co has announced the appointment of long-serving Telstra veteran Will Irving as the company's new Chief Strategy and Transformation Officer.

Prior to joining NBN Co Irving had a more than 20-year career at Telstra in roles spanning legal and regulatory portfolios, leading Telstra's wholesale business and forming and leading Telstra InfraCo. He left Telstra in October last year.

Irving is taking over from current Chief Strategy Officer JB Rousselot, who is leaving NBN Co after six years. Rousselot will remain with NBN Co until October to ensure a seamless handover.