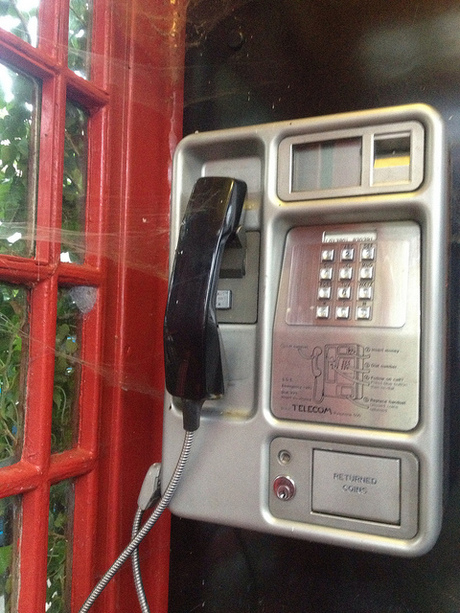 Telstra and Optus are split on whether the industry co-funded Universal Service Obligation (USO), which aims to guarantee the availability of fixed-line telecommunications services in remote areas, is still required in an increasingly mobile world.

The telecoms carriers are participating in a Productivity Commission inquiry into the fate of the USO scheme.

The inquiry is looking into whether the USO is still necessary due to factors including heavy adoption of mobile devices as well as the planned universal availability of broadband due to the NBN rollout.

It plans to make recommendations on appropriate objectives for USO arrangements, the scope of services needed to achieve universal service, optimal funding models and who should bear the costs.

First introduced in the 1990s, the USO is a government scheme aiming to ensure that Australians have access to fixed-line telephone and payphone services, even in areas where it is not commercially viable for carriers to serve. The $300 million annual fund is paid for by an annual levy on telecoms carriers as well as government subsidies.

As the operator with the most extensive infrastructure, Telstra has responsibility for USO projects. Telstra uses the funds to pay for the provision of fixed-line and payphone services in remote areas, as well as specialised phone services for customers with disabilities.

The Productivity Commission’s issues paper for the inquiry notes that since the USO was introduced there has been significant expansion in the availability, use and quality of mobile services. This has also resulted in an ongoing decline in demand for fixed-line phone services and payphones.

The government’s mobile black spot program is also improving mobile coverage in regional and remote Australia, helping to bring this change to the communities that would otherwise require USO projects for connectivity.

Finally, the planned ubiquity of the NBN will mean every household will be able to use VoIP services instead of conventional circuit-switched voice services.

“Given these and other changes, the Government is concerned that the current USO is becoming less relevant and may not be effective,” the paper states.

In its submission to the inquiry, Optus agreed that the USO “remains rooted in principles more applicable to the analogue era of telecommunications”, and that “the widespread deployment and use of mobile, data and broadband services now render it increasingly inappropriate”.

The submission also claims that Telstra receives USO funding of $290 million per year, but based on Optus’s own analysis, likely spends less than a tenth of this on meeting its obligations. It states that this is distorting competition and acting as a barrier to further rural investment by rival operators.

Optus alone contributes more than $50 million a year to the scheme, funds which could otherwise be used to invest in mobile sites.

Accordingly, Optus has recommended abolishing the current USO scheme and replacing it with a more targeted and customer-focused program combining a market-based approach with fall-back regulation providing guarantees that customers can access a basic voice service.

But in a blog post, Telstra Regulatory Affairs Executive Director Jane Van Beelen made a case for the ongoing need of the USO scheme.

“Some people have claimed that the increasing use of mobile phones means the USO isn’t necessary any more, but we believe phone companies should still have an obligation to make sure everyone can connect — even in areas without great mobile reception. While the technology people use changes with time, the basic need to connect does not,” she said.

But she said the USO should be updated to give Telstra the option to use the best technology to give customers the best connections possible, whether that be fibre, copper or wireless.

Van Beelen added that the NBN has not alleviated the need for the USO scheme — yet.

“As the NBN is rolled out to connect every home and business with fast internet, using the same network to deliver the USO may be a smart option. But that won’t be possible before the project is finished, which nbn co doesn’t anticipate achieving until 2020,” she noted.