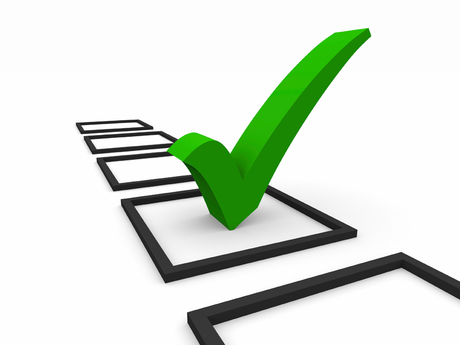 Melbourne IT is one of three Australian service providers that will be amongst the 170 companies globally that will join the Internet Society and participate in World IPv6 Day on 8 June.

The event will provide industry leaders with an opportunity to test the new internet addressing system, IPv6, and learn about its future benefits. Facebook, Google, Verizon and Yahoo are amongst leaders that will join the test.

For 24 hours, network service providers, internet service providers, content delivery networks, website owners, hardware and software manufacturers and others will enable IPv6 on their main services and test its readiness. This is the first global-scale production trial of IPv6.

Arun Chandrasekaran, Research Director - ICT Practice, APAC, Frost&Sullivan, said, “Japan, South Korea and China are some of the nations best prepared for IPv6 not just in APAC but across the globe. Support for IPv6 is the strongest in Asia-Pacific since most of the IPv4 addresses were allocated to North America during the early phase of the internet boom.

“Japan is an IPv6 leader due to its government’s ‘e-Japan’ policy, which aims to create a ubiquitous network that will allow any device to connect to the internet. Japan has also been offering tax incentives to encourage carriers and manufacturers to adopt IPv6, and the government is offering low-interest loans to stimulate IPv6 investment. Japan started the IPv6 initiative much ahead of most other countries in the world.

Melbourne IT has had the elements necessary for testing public traffic ready for the last three months.

Glenn Gore, Chief Technology Officer, Melbourne IT, said, “We hear one of the reasons Australia is lagging behind is because we have only a few Tier one telcos who were allocated quite a lot of IPv4 internet addresses, so they still have enough to meet current needs. Plus, we haven’t reached a saturation point as many small to medium businesses do not have an internet presence.”

Commenting on the telcos, Chandrasekaran said, “In April 2011, the APNIC (Asia Pacific Network Information Centre) reached the last block of Internet Protocol version 4 (IPv4) addresses in its available pool. This event is a key turning point in IPv4 exhaustion for the Asia-Pacific, as the remaining IPv4 space will be ‘rationed’ to network operators to be used as essential connectivity with next-generation IPv6 addresses.

Melbourne IT is managing its current growth of IPv4 addresses to enable it to last for a further one to two years by proactive management and careful utilisation of up to 80% of the space by methods such as recycling addresses and allocating smaller ranges of addresses.

“We try and keep our IP space as clean as possible as this makes it easier to provision for customers.

“It’s heartening to see that customers are now asking how to complete an IPv6 audit and we are now receiving requests for response proposals (RFPs) with an IPv6 readiness requirement, which is encouraging,” said Gore.

“As the internet is here to stay, SMBs are now beginning to realise they should engage through such things as social media, Facebook and Twitter. Take a coffee shop for example. You wouldn’t normally think a coffee shop needs a web address but they might in fact need it to communicate to customers that they have a new coffee brew or other such news etc,” said Gore.

Consumer appetite is growing and the NBN is fuelling this with the backend infrastructure needing to grow and an IP network to run it. As the consumer load becomes higher, the network needs to scale up to accommodate consumer needs.

“Organisations such as the Noosa Triathlon, who experience a peak load on registration day but normally operate on a low load, have to think about disaster recovery for when the registration site may crash. They need to put in place additional IP capacity and a second site to take the extra load. When the registration process is completed then they can throttle back to what is needed for the usual traffic.

“A lot more Queensland sites needed their disaster recovery ramped up during the floods earlier in the year as although their hardware and equipment may not have been affected, some didn’t have any power. In the internet society today, people expect to go online so you need the infrastructure to accommodate this expectation, which means you need a lot more IP addresses. If your customers can’t get to your business online they will go to the competition.

“For example, if you want to duplicate your infrastructure of 100 servers to provide disaster recovery it means multiple IP addresses and that could mean using 500 IP addresses for one site,” said Gore.

So what's the benefit of IPv6? According to Gore, the answer is an “insanely” large amount of IP address space, meaning all sorts of devices can each be given their own IP address, and access the internet.

“Like, for example, your refrigerator could talk to Woolworths and notify it that it is running out of milk etc. There will be so many ways that devices can all be connected to each other. Take TVs - they could have an address and be IP enabled,” Gore says.

“We also need to take into account all the people in developing countries such as India and China who will want to be connected. We need IPv6 just to deal with that demand.

“Because of the finite number of IPv4 addresses, unnecessary complexities in the network are being created which can result in a lot of problems. With IPv6 you will be able to allocate more addresses and people will be able to have their own range of IPv6 addresses contiguously in one block, which is much easier to manage.

“The test on June 8 will run dual-stacks side by side in parallel. What happens if the test works? What will organisations do? Google and MelbourneIT will leave IPv6 on. But at the moment there is an immature offering at the lower level from the telcos.

“We struggle to get IPv6 in our Brisbane data centre and have had to tunnel to our data centre in Sydney to get IPv6 for Brisbane. Telcos have been bringing IPv6 by trunks but not all provide IPv6 support,” said Gore.

Chandrasekaran said, “The telcos in Australia are at various stages of rollout to IPv6. There are some who are ready to migrate their networks and customers to IPv6 immediately while there are others who are still slow to transition the networks to IPv6 and might take at least a couple of years before they are fully ready.

“While the tier one telcos will be able to survive in the short term due to allocated IPv4 addresses from the past, newer telcos will have little choice but to transition to IPv6.”