The Anternet: a series of ant tubes 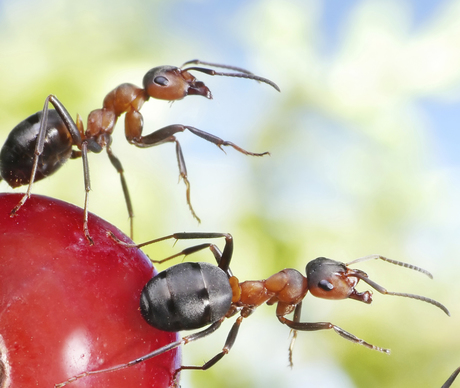 Scientists at Stanford University have discovered that the TCP internet protocol, created in the 1970s, closely mirrors the food-foraging behaviours of a species of ant - behaviours that have existed for millions of years.

Specifically, the researchers found that the way TCP determines how much bandwidth is available for transfer of data is very similar to the way a particular type of harvester ant determines how many foragers to send on a foraging expedition.

The Stanford scientists have cheekily dubbed the phenomena the “anternet”.

Deborah Gordon, a biology professor at Stanford and an ant observer of 20 years, noticed a pattern in the way that a particular species of ant - Pogonomyrmex barbatus - decided when to send out foragers to get more food for the colony.

When consulted on the ant observations, her colleague Balaji Prabhakar, a Stanford computer science professor, soon realised that the behaviour bore remarkable resemblance to the TCP internet protocol.

Following their conversations, Prabhakar created an algorithm - influenced by TCP - to predict foraging behaviour, based on available food. According to Stanford, “The TCP-influenced algorithm almost exactly matched the ant behaviour found in Gordon’s experiments.”

“Ants have discovered an algorithm that we know well, and they’ve been doing it for millions of years,” Prabhakar said.

The researchers also noticed several other similarities between TCP and foraging behaviour in ants - more details are available at the Stanford website.

“Ants have evolved ways of doing things that we haven’t thought up, but could apply in computer systems. Computationally speaking, each ant has limited capabilities, but the collective can perform complex tasks.

“So ant algorithms have to be simple, distributed and scalable - the very qualities that we need in large engineered distributed systems,” she said.