The nbn needs a 'Menzies moment'

2019 is shaping up as the year we’ll be forced to face the fact we are building a national broadband network that simply isn’t good enough. It’s also the year our major telcos will start rolling out their capital-intensive 5G mobile networks, having spent millions of dollars buying up spectrum from the federal government.

Yet nobody seems to have asked if we really need 5G right now. Why is Australia rushing to adopt 5G when 4G speeds are more than most of us realistically need at the moment, or will need for some time?

The embarrassing fact is that existing 4G mobile services are already delivering broadband speeds in excess of those available to about a third of nbn customers — the ones stuck with the inferior FTTN technology using Telstra’s old copper wires.

Some questionable commentators are saying 5G will solve all our broadband problems. Yet even the heads of the big telcos concede 5G will merely complement the nbn and will certainly not make it redundant. So as a nation keen to be a leader in the 21st-century’s digitally enabled world, we’d arguably be better off spending money fixing the dud nbn before investing in mobile networks which few people in the know reckon will add much to the consumer experience.

Ultimately, 5G will bring benefits beyond the existing uses of mobile networks, of course. It will be a building block for a range of products being marketed under the ‘Internet of Things’ banner. But as was the case in the so-called ‘dot com’ era, there are a good many people touting potential applications for which there is limited demonstrable demand at this stage. Even Telstra acknowledges there will be a lag in many of the more innovative uses of 5G.

The fact is, mobile spectrum is scarce and will eventually be exhausted. It’s expensive and in many locations unreliable. A ‘wired’ network is an essential ingredient in any comprehensive long-term strategy to leverage modern communications services.

Shortly before he left, former NBN Co boss Bill Morrow finally conceded that FTTN is causing serious technical problems. It came as no surprise to those who’ve consistently warned the federal government that this would be the case.

As is well documented, under pressure from then prime minister Tony Abbott, his communications minister Malcolm Turnbull took flawed advice from so-called mates and abandoned the original model using state-of-the-art optical fibre. Their argument, now clearly discredited, was that we could build the nbn quicker and cheaper with existing phone lines and pay-television cables.

Over in New Zealand they’ve continued to roll out fibre networks while reducing the per-premises cost by around 50%. Likewise, the cost to consumers across the ditch is coming down, while here the expectation is our broadband subscriber fees will most likely rise. Many Kiwis already have much faster internet for about the same price as the nbn. If only we’d followed their lead.

So where to now? The nbn has regrettably become so mired in politics we seem to have forgotten why we need one. What’s essential now is a renewed recognition of the economic and social benefits that flow from creating more connected societies.

We must go back to square one and acknowledge that Kevin Rudd and Stephen Conroy were correct when they argued for a high-speed broadband network available to everyone and owned by government, just as was the case with the basic telephone 100 years earlier. Likewise the Coalition when it talked about Australia becoming an ‘innovation nation’ — even if it turned out to be more of a slogan than a policy. 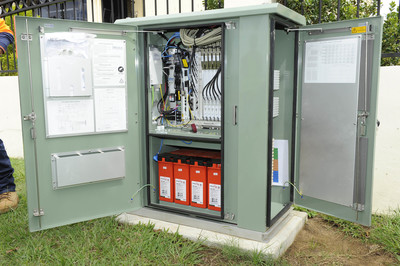 When the nbn reaches it nominal completion date in 2020, it will still be a work in progress. According to Internet Australia — the peak body representing the interests of internet users — within five to 10 years, or sooner, FTTN will need to be preplaced. IA is talking from a technical perspective, but you can be pretty certain that consumer complaints, already high and rising, will force whoever is in power after the upcoming elections to act much sooner.

Meanwhile, nbn co is racking up a debt to the government which, it was recently revealed, will now surpass the $19 billion originally agreed — with no sign the company will be in a positon to repay the loan when it falls due. The Department of Communications and the Arts has told a Senate committee this is partly due to costs associated with remediation of the Telstra HFC network (those 25-year-old pay-television cables). It is also because NBN Co’s current business plan is unsustainable, underpinned as it is by technologies that don’t deliver and customer take-up producing insufficient revenues.

The big question that will have to be tackled later this year is whether or not to ‘write down’ the value of the business in order to provide NBN Co greater potential to eventually reach profitability.

When the Snowy Mountains Scheme was launched, ironically by a Labor government, then opposition leader Robert Menzies opposed it outright. However, on becoming prime minister, Menzies not only supported the project continuing, he applauded and supported it for what it was — vital infrastructure.

Perhaps it’s time for a bit of Menzies’ thinking from the Coalition and a dose of bipartisanship in the national interest. Put simply, we need #BetterBroadband!

POSTSCRIPT: While the evidence either way is far from definitive, there are potential safety concerns to be considered when it comes to 5G mobile. To be effective, 5G will need a vastly greater number of antenna cell sites than existing networks.

What’s more, most of the big benefits of 5G (still a fair way off) will be related to activities that will not involve directly using the nbn.

Laurie Patton was CEO/Executive Director of Internet Australia, the NFP peak body representing the interests of internet users, from 2014–17.